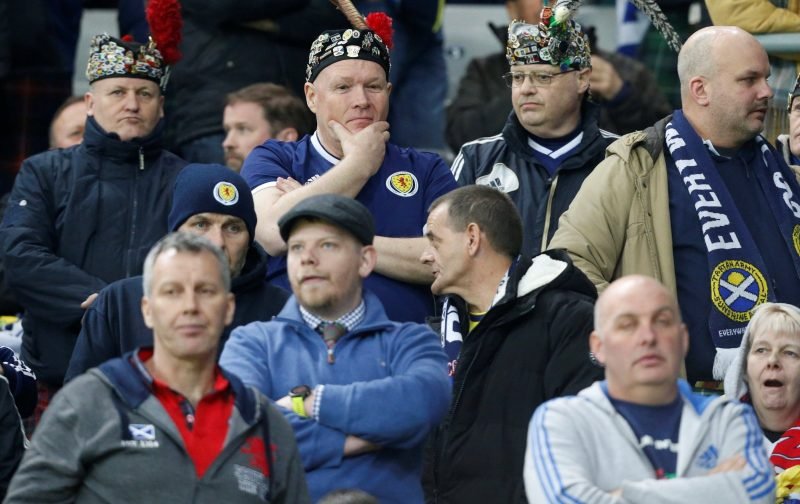 Scotland fans were not happy with the performance of Celtic star Callum McGregor on Thursday after the national team embarrassingly lost 3-0 away to Kazakhstan.

McGregor was given the honour of captaining his country on just his 10th appearance for the side but could not muster the kind of performance that has defined his season at the Hoops so far.

Thankfully he came through the gruelling encounter on the plastic pitch without injury, which will majorly please Celtic fans, but it’s never nice to see Celtic stars struggle on the international stage, especially against relative minnows like Kazakhstan.

Hopefully it’s not too damaging to his confidence or his long-term Scotland hopes, having emerged as such a big performer at Celtic over the last couple of years.

Getting game time will at least be good for his fitness having only just returned from injury and with a massive match against Rangers on the horizon.

Why isn’t Scott McTominay starting in that Scotland midfield, he’s done more than mcgregor and mcginn in the minutes he’s played than they did in the first half. To early to sack McLeish?

Scotland fans grilling Palmer when the whole team were absolutely horrific James Forrest and mcgregor ????????I've seen better Sunday league players than them today! But because they play for Celtic nothing is said… #scotland

Amazing that such a limited player like Callum McGregor starts ahead of Scott McTominay.

After captaining Scotland to that result, I imagine Callum McGregor just wants to go home and sit in the dark.

Callum mcgregor says that was an intimidating stadium to play at, they had won 4 games or something before the day/night, how’s that intimidating?

The poor choices in that Scotland team start with Mcgregor being captain, just shows the lack of experience fucking dreadful.