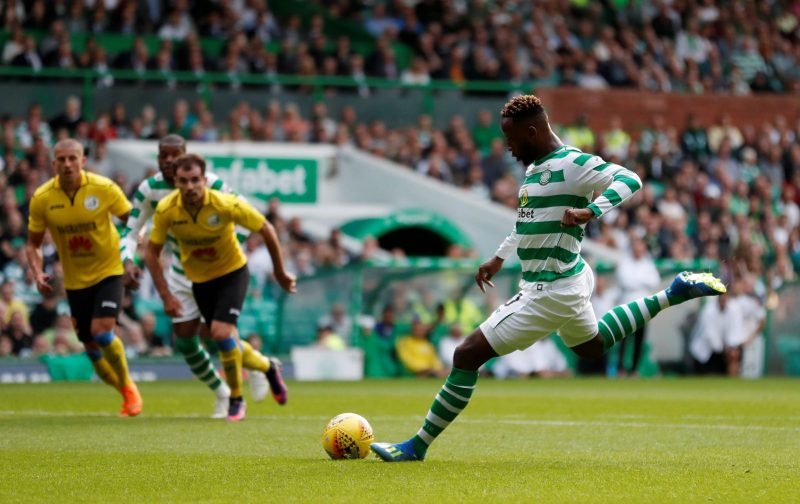 Celtic forward Moussa Dembele has made the trip to Greece with the Hoops squad, giving him a chance of facing AEK Athens on Tuesday night, according to The Daily Record.

The French striker has been out of action since limping off with a hamstring injury in last month’s tie against Alashkert, scuppering his early season preparations.

Up to that point, he had looked in lethal form alongside compatriot Odsonne Edouard in attack.

His injury ruled him out of the Rosenborg tie and subsequent matches against Livingston, AEK Athens and Hearts, but he could feature at some point on Tuesday night having flown out with Brendan Rodgers’ squad.

Having him as an option, even from the bench, would be fantastic for the second leg. Celtic need to score and could even require two or three to progress through the tie given our defensive issues recently.

It’s at last a bit of good news for Rodgers, his squad and the fans after a tumultuous week that has seen us miss out on transfer targets, lose at Tynecastle and see one of our main defenders declare a phantom injury amidst a transfer dispute.

Here’s hoping that Dembele’s fitness improves to the point he can play against the Greeks.

Will Celtic progress against AEK Athens? Share your thoughts in the comments below…