Griffiths opens up on partnership with Edouard 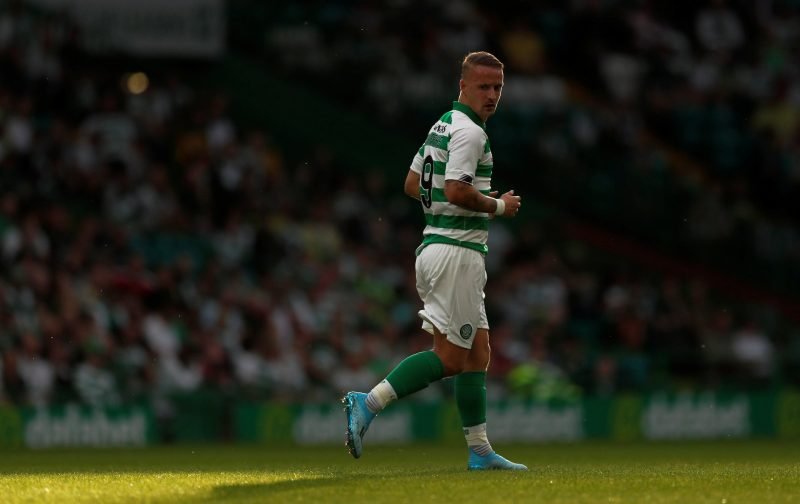 As Celtic prepare for their final league game of 2020 against Dundee Utd, Leigh Griffiths looks forward to the match and opens up on his partnership with Odsonne Edouard.  The two strikers are back together again in a partnership up front and Griffiths hopes that the form they showed after the winter break last season will come to fruition for the Hoops again.

Speaking to Celtic TV the hitman said, “Yeah, I think we complement each other well, and you as you saw at the back end of last season and how well we played and the last two games we have started off together and hopefully thats the sign of things of things to come.”

When asked about the upcoming fixture against Dundee United, Griffiths recounts the last meeting between the two at Tannadice and is confident of taking the three points at Celtic Park, “Our game was first of all a tough game, you know at Tannadice, up there it was hard for us they made it difficult for us to break them down, but you know we got there in the end and it will be difficult again, it’ll be a tough game but hopefully we will come out on top and ready to go for the weekend.”

As Celtic look to end 2020 on a high, three points against United ate a must if they look to go into the Glasgow Derby on the 2nd January where a victory at Ibrox would see the Hoops reduce the deficit at the top with still three games in hand.