‘Had a nightmare’, ‘Idiot’ – Many Celtic fans slate one Tynecastle performer despite dramatic win 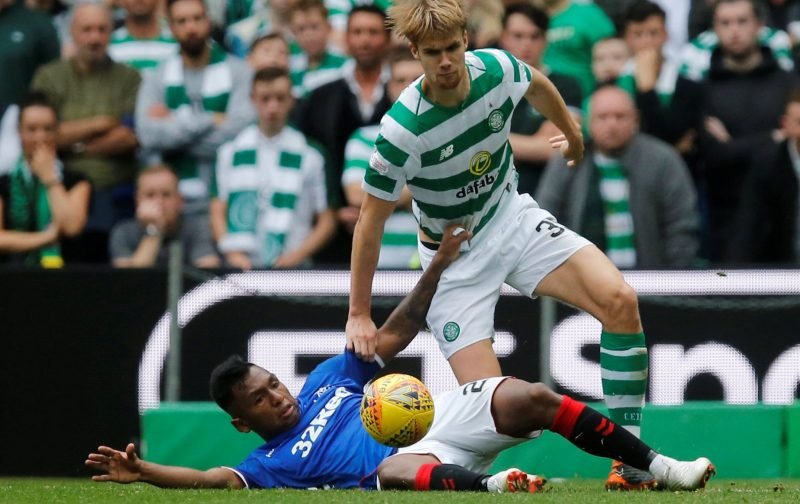 Initially going ahead in the match through James Forrest, the team looked well in control of the match when the home side lost a man after Jamie Brandon was sent off for a high arm on Jeremy Toljan.

However a sloppy second half, which included mistakes from Scott Bain and Kristoffer Ajer, allowed Craig Levein’s men to equalise with a penalty.

Odsonne Edouard delivered right at the death though, sparking scenes of pandemonium in the away end as a 2-1 victory was secured.

Despite the win, many Celtic fans were left incredibly frustrated with the performance of Ajer, believing his rush to slide in for the penalty call was a serious error.

The 20-year-old may be a young player still learning his trade, but we need more composure than that when playing teams like Hearts on their own patch.

Ajer has had a nightmare. Bain not blameless. Carelessness and recklessness.

Ajer must be one of the most brainless players to kick a ball for us. Constantly diving in like an idiot.

Bad mistake from Ajer, but a hospital ball from Bain.. Should have punted it up the park.

Ajer is a nightmare defender

I just can't see what other people see in ajer. I know he's a young lad an all but he's played enough now to no when to challenge an not to challenge. Bain sloppy an boyata ffs