‘He’s got all the ability’: Pundit delivers verdict on Celtic man after Hearts win 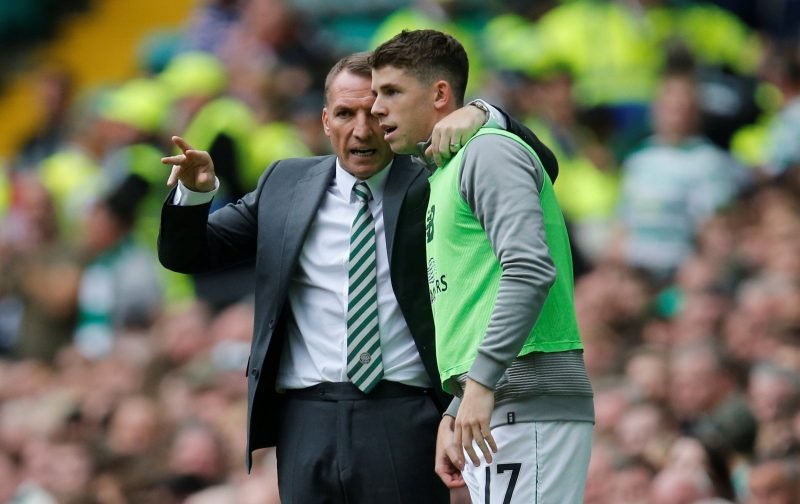 It was a brilliant weekend for Celtic, owing to our 3-0 win over Hearts on Sunday. It was a brilliant performance that, we hope, will serve as a motivator to get us back to winning ways over the course of the rest of the season.

Everyone in white and green impressed, but nobody impressed quite as much as Ryan Christie.

Brought on at half-time, Christie went on to change the game in the second half, and praise is rightfully now coming his way.

Ex-Celtic man and current BBC pundit Pat Bonner had his say on Christie via a BBC article, and it’s fair to say that he’s the man of the moment.

“He’s filling out into a young man that can handle himself physically at that level”, Bonner said.

He added: “He’s got all the ability, but the physical strength, that strength has helped his quickness around the pitch. He slotted lovely into Ntcham’s role”.

Christie deserves all of the praise that’s currently coming his way. Talk about grabbing your opportunity with both hands, Brendan Rodgers now has a serious selection dilemma on his hands against Dundee. Does Christie head back to the bench or does he start the game?

Based on form, it’s hard to make a case for him not starting, but it would be a risk to do so nonetheless.

Still, Christie should enjoy his moment in the limelight – because he deserves it.