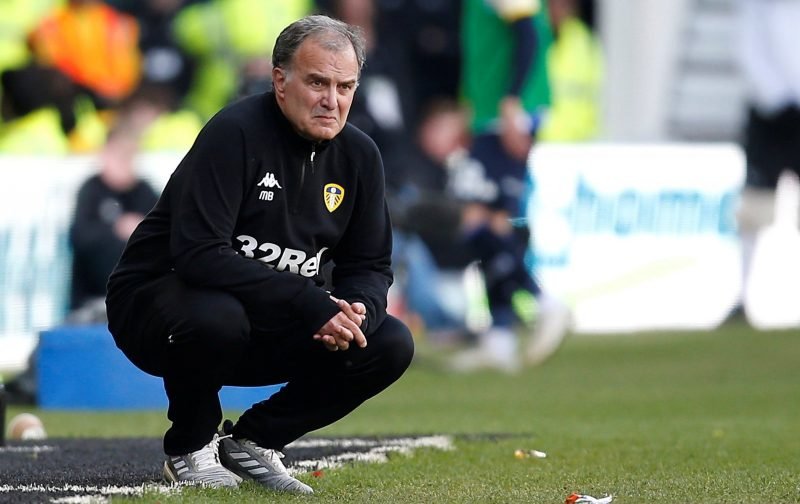 Celtic fans are keen on appointing Marcelo Bielsa as the club’s manager this summer.

According to OddsChecker, the Argentinian is a 20/1 shot to take charge at Celtic Park.

His season with Leeds United is now over and some are predicting he could be on his way out of Elland Road after failing to gain to promotion to the English Premier League.

Leeds have been a fantastic, blockbuster watch in the Championship this year, playing some fantastic football and finding themselves caught up in entertaining drama on and off the pitch.

Thought of as a tactical genius with a unpredictable temperament, Bielsa would certainly make life at Celtic Park interesting if he was given the job.

He does have a strong managerial record though, taking charge of international teams like Argentina and Chile as well as big clubs like Lazio and Marseille.

These fans certainly seem eager to see us make a move for the 63-year-old, taking to Twitter to share their thoughts this week…

Hope Celtic approach Bielsa now. If the players bought into his way of playing he could be immortal until the day he dies.

BielsaBall coming to Celtic Park at last… players being locked in a room forced to watch 6 hours straight of Patrick Thistle highlights ahead of every league game with every misplaced cross they make in training being logged in Bielsa’s massive Excel spreadsheet ????????????

Throwing it out there…. if the rumours are true and Benitez is interested in Celtic then I am 100% there…. if they are not. Then the board seriously need to look at Bielsa. He is the kind of loony we need in Scotland.

Celtic should go for Bielsa

Leeds look like they're on the way out….Bielsa might decide to move on. Thoughts on Bielsa as a candidate? I'd be all over that. @90MinuteCynic #Celtic

Would love Celtic to go for Bielsa Bhoy. The job he did with limited financial backing, and hardly any time to prepare with that squad, was unreal. Hugely overachieved.

Reckon he'll stay with Leeds if he is given money to spend on his own players.