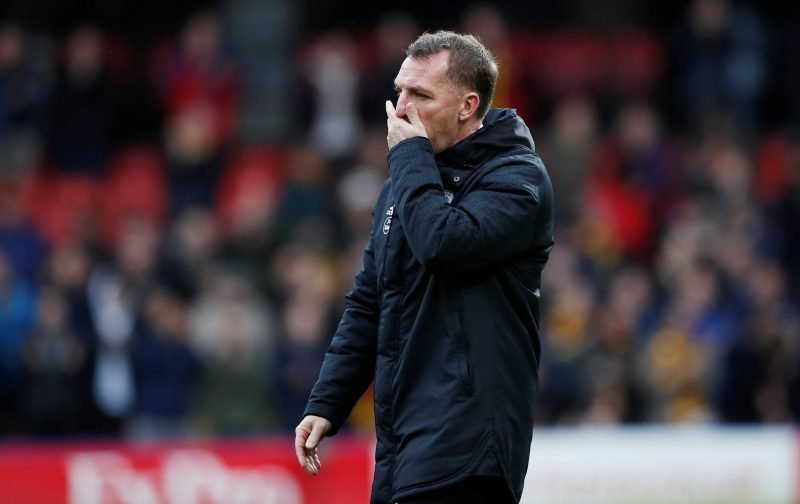 Celtic fans have taken great delight in Leicester’s defeat to Watford in Brendan Rodgers’ first match in charge for the Foxes.

Feelings are still running high amongst the Hoops support after Rodgers walked out of the club on the eve of a crucial league visit to Tynecastle, an action that may never be forgiven by many.

All eyes were on today’s match at Vicarage Road between the Horents and Leicester, with Andre Gray’s last minute in a 2-1 victory sparking scenes of great delight on Celtic social media.

The former Hoops boss looked gutted after the match as the Watford stadium DJ blared out known Celtic anthem ‘Just Can’t Get Enough’.

It’s justice done and glorious karma in the eyes of many supporters with Rodgers considered to have done the dirty on the Hoops at a critical time of the season.

Everyone will be watching to see if his reign at Leicester hits the buffers early.

The sad thing is Brendan Rodgers wouldn't even understand this tweet.

Mind Rodgers enjoyed that late winner from broony against killie that won us the league? Hope that late Watford winner fucking hurt.

Please pass on my thanks to the person who played that tune at full-time.
You have a new fan today

I was born just up the road from Watford in central Scotland so it’s always been my local team. Good job today lads.