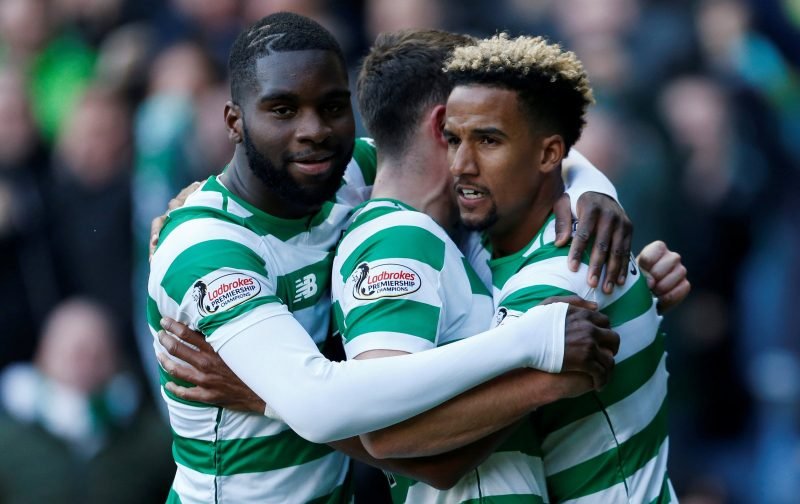 Scott Sinclair is intent on getting back to the form that made him an award-winning Celtic star in his first season at the club, speaking in a new interview with The Telegraph.

The Hoops attacker has had a fairly difficult 12 months in terms of personal form, with many criticising him for being too predictable and ineffective in the final third.

Sinclair though has turned all that into a positive, admitting the doubters only fuel his desire to continue his recent rich vein of form.

The former Aston Villa man has looked much improved in recent matches, also coolly scoring from the penalty spot against both Hearts and Dundee.

As quoted by The Telegraph, he said of a lull in his performances:

“When I go out there, I still believe in myself 100 per cent. I know the goals will come and I’ll be back on top form again. Maybe opposition teams were also trying to man-mark or double-team me in certain games.

They’re trying to stop me dribbling and scoring goals, but it’s up to me to come up with different ways and find solutions. I like when people doubt me, that drives me on. As a footballer, you’re always going to get that, but the quality I showed a couple of seasons ago was proof of what I can do. It’s just about getting back up to that same level again.”

Moving Callum McGregor back into the central area has opened up starting opportunities for Sinclair again and he looks refreshed and like he has something to prove again, which can only be a benefit to the club.

Hopefully his desire to hit the kind of form that made him a real sensation after signing bears fruit.

Do you think Scott Sinclair can reach the levels of his first season again? Have your say below…