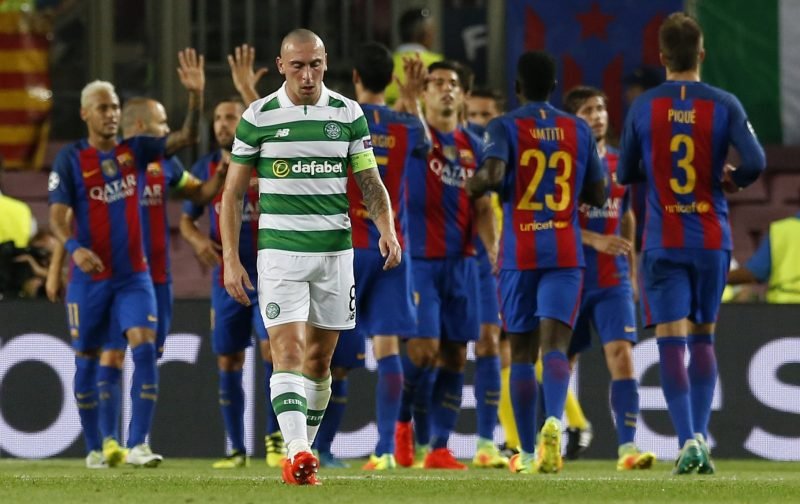 If there is one thing that Celtic fans loved about Scott Brown it’s he loved playing for Celtic. He loved winning games for Celtic but most of all he hated losing.

Couldn’t stand it. Which is one of the main reasons he and the club went on and amassed a second nine in a row, a Quadruple Treble and Broony overall collected twenty one major honors.

The former Hoops skipper ha made more European appearances for Celtic than any other player and on BBC Sportsound he recalled one of the worst nights of hie European career.

The 7-0 humiliation at the hands of Barcelona in the Nou Camp.

And he also recalls the incredible moments at half time and full time some Celtic players were more concerned at getting Messi’s strip than the fact that they were getting trounced on the park.

Broony, being Broony, recalls how he dealt with the players, “I was never one to run and get a strip from other players. ‘Please, sir, can we swap shirts?’ I’ve never done it.

“That time in Barcelona it was four or five at half-time and some of the lads were sprinting up the tunnel to try and get Messi’s strip and I was losing my head. 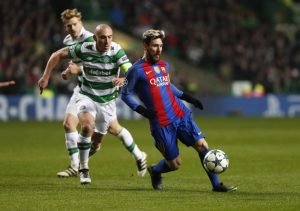 “Why would you want to get somebody’s strip who’s just ripped you a new one? I’m looking at them. ‘Messi, Messi, please, strip, strip…’ I went in and lost the plot. At the end of the game, they did the exact same.

“All those great players I played against and I never asked for a strip even though deep down I probably wanted to.

“Until they came looking for my strip I wasn’t going looking for theirs and I never saw Messi running down the tunnel after me going. ‘Broony, Broony, can I swap strips with you please?'”

Looking back at that night, I remember the feeling abject disappointment at watching the team record it’s worst ever European result.

I also felt embarrassed at the performance. And after hearing what Brown had to say about the players behaviour fawning after a player that contributed to this great club’s worst ever Europena night?

I couldn’t put here what I really think as the article would probably get pulled.