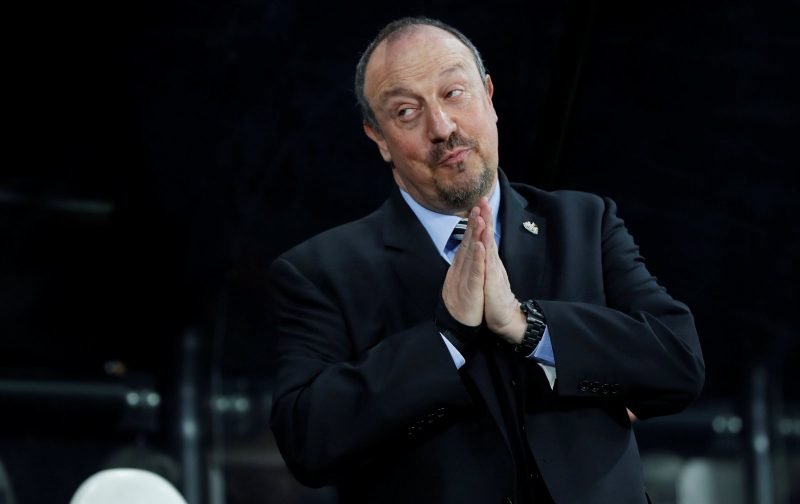 As reported by The Daily Record, the Newcastle United manager has had his odds of becoming the permanent Hoops boss at the end of the season slashed from 20/1 to 5/1 after a flurry of bets on Tuesday and Wednesday.

Lennon has only been appointed until the end of the season but remains the favourite to take charge on a permanent basis.

The betting market surrounding the job has been pretty volatile since Rodgers left for Leicester, but it hasn’t stopped supporters from dreaming that the Spaniard could be the perfect choice to take over.

Winning La Liga and the UEFA Cup with Valencia, the veteran manager has of course also guided Liverpool to UEFA Champions League glory.

At Newcastle he’s doing an excellent job in difficult circumstances and is widely adored by the St James’ Park support.

Where have the Rafa Benitez rumours come from? I’d absolutely love it if it was true but highly doubt it’ll happen. Anyone saying they wouldn’t take him are definitely on the glue

He would be a disaster at Celtic, he didn't do a good job at Everton. Rafa is the best person for the job if he wants it.

Rafa Benitez in to 5/1 for next Celtic manager. Can not see it but would be an absolutely world class appointment. Tactically in europe not many better for me.

Rafa would be brilliant for Celtic. But, like an outbreak of sanity in British politics, it'll never happen.

People stating about budgets but its all comparable, he would be going from one of the lowest budgets in his league to the biggest. He could take us to the next step in Europe also. In an ideal world for me its between Rafa and Rose

Rafa Benitez would be an exceptional appointment for Celtic