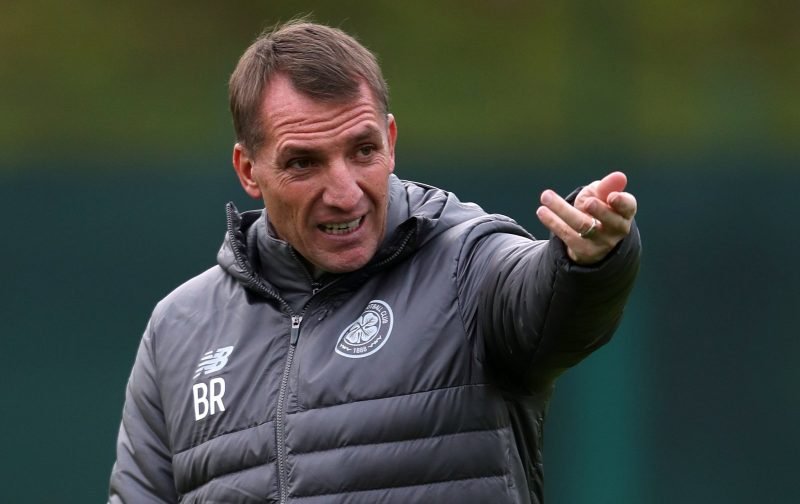 Some Celtic supporters are worried about reports linking Brendan Rodgers with a move to Leicester City.

The Daily Mail report that the Foxes are ready to shell out for the £5m compensation it would take to bring the Hoops manager back to the English Premier League, with Celtic potentially lining up David Moyes as a replacement.

That’s not a scenario that most fans want to see, especially mid-season when we are chasing two more trophies as part of an unprecedented ‘treble treble’ bid.

Most accept that we will lose Brendan Rodgers one day, he isn’t going to stay forever and probably isn’t even going to stay beyond the end of his current contract in 2021.

However, many are hoping he will at least stay to try and help the team push for a famous ten-in-a-row triumph, as we continue to try and improve our results in Europe too.

Losing him earlier than that would be a bitter blow, so it’s not surprise the reports are causing some anxiety amongst the support.

I think Brendan Rodgers will go to Leicester

Hopefully Brendan Rodgers will rule out a move to Leicester City this afternoon now that Puel has been sacked. There will be plenty of rumours until he does.

I find myself a little unimpressed with Brendan Rodgers prematch comments regarding Leicester. I think it’s the first time he has focused on the short term, i.e today’s game, in place of the bigger picture ???? ????

One thing bugs me about this more than anything. How would Brendan justify leaving Celtic..a club very close to his heart…2 years before his contract runs out…for Leicester? He can't say 'it was an opportunity I couldn't turn down' Imo he's using this as a bargaining tool.

I'm just putting it out there now. I'd be fucking livid with Brendan Rodgers if he left us for Leicester.

The scariest thing about the Brendan Rodgers reports are the two simple words that are found in most of them – David Moyes. ????

I can see what's going to happen. Leicester will get Rodgers and Celtic will be left with moyes ????