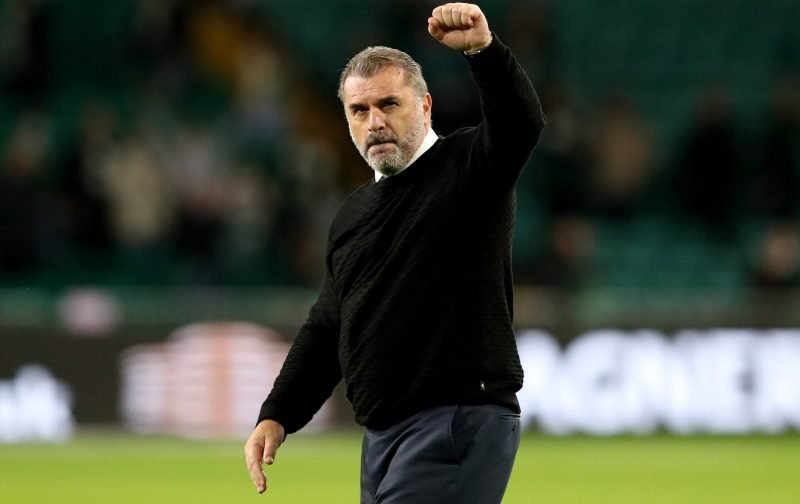 I always find it incredibly strange the lines of questioning Celtic boss Ange Postecoglou needs to put up with from Scottish media wither pre or post match.

From suggestions about Postecoglou not being in control of backroom recruitment to having players hand picked for him by the board, and lets not forget the one journalist that seemed to think that Ange just crossed over from Australia to take over his first big job, after over 20 years in management, when he suggested that European football will develop him as a coach.

It’s a wonder the Celtic boss manages to keep his cool.

Next up for the “Asking the Most Stupid Questions After A Match Award” goes to a BBC Sportsound journalist, Kenny MacIntyre who strangely asked the manager if he insists that all his players get double vaccinated and if he agrees with the COVID passport scheme being levied to Scottish football.

Both questions that have absolutely nothing to do with either the game or the Celtic managers remit but the best bit was when the journalist seemed to suggest that Postecoglou needed clarity from the board as there was no Director of Football in place as Dom McKay has now left the club.

The insinuations being made are clear for anyone who listened to the interview on BBC Sportsound but here is the very strange line of questioning outlined below:

MacIntyre: “We spoke before the game about the departure of the chief executive this morning of Dominic McKay.

“You said you were focusing entirely on the game that he wasn’t discussed within the dressing room.

“Looking ahead for you know, still no Director of Football here, are there conversations you need to have with the board? Is there any clarity you need to find with them what’s going to be happening at that level?”

Ange:  “I don’t think I’ve ever said there isn’t any clarity and I’ve never said anything about a Director of Football. My focus is…

And MacIntyre rudely interrupted the Celtic boss to probe, “Do you need one?”

Ange: Do I need one?  You know I need to continue to build a football club, and a football team that brings success to this great institution.

“So, what that entails we’ll deal with across the course of time. But I’ve never throughout my whole career is do what other people suggest.

“I’ll always do what I feel is the best for each situation. We’ve come through a really hectic period where I think getting a squad together has been the number one priority.

“Now we get an opportunity to organise the structure around it, and if  I think or  I feel that changes need to be made, I will make those changes but at no stage has the board got in the way or anyone got in the way of me doing anything.”

The purpose of the questioning was lost on me and from listening to Postecoglou, he genuinely seemed mystified at what MacIntyre was trying to get to.