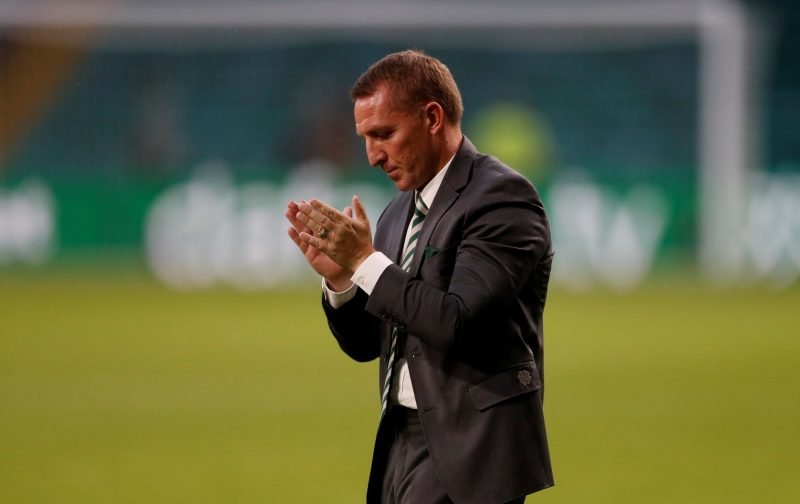 Celtic assistant manager John Kennedy has revealed that Brendan Rodgers did not tell the players he was leaving for Leicester City, as reported by The Daily Record.

In what will barely be a surprise to Celtic supporters at this point, given the other revelations surrounding the former manager’s departure, Kennedy comments nonetheless demonstrate the true character of Rodgers.

He didn’t even have the integrity to tell his group of players he was leaving them in the lurch.

As quoted by The Daily Record, Kennedy said:

The first I spoke with him about this was Monday morning. He said he was probably going to speak with Leicester and to get ready to take the team.

Did Brendan speak with the players? No. He left about Monday lunchtime. He came out to training as normal and, to be fair, when he left the building, nothing was done or decided.

He was just going at that moment in time to have chats, so the players weren’t aware of it as news broke through.

Peter Lawwell arrived at the training ground in the afternoon, discussed the possible plans and told me that I was wanted here. He told me to prepare the team and if there was an appointment that I’d be assistant manager.

I’m quite a calm guy anyway, I tend to see clarity in what’s going on.

Lord only knows how the players felt seeing rumours and reports filter through that the manager they have given everything to over the last three years was off to the English Premier League at a moment’s notice.

Long-serving players like Scott Brown could not have been impressed, while loan signings Timo Weah and Oliver Burke were even probably wondering what the hell was going on given January assurances of player development.

Thankfully they all seem bonded together and eager to put the drama behind them.

It’s time to move on and forget Rodgers. Wednesday’s Hearts win was the start of that and hopefully we can follow it up with a massive Scottish Cup victory tomorrow.