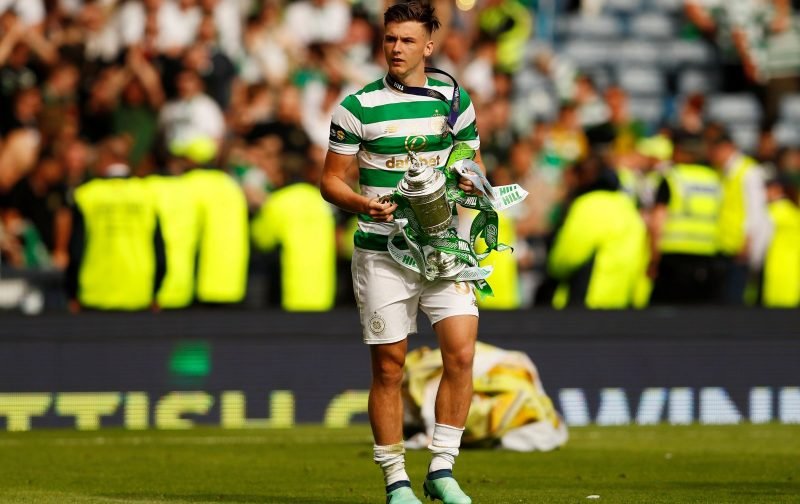 In contrast to their fierce rivals, Rangers, Celtic have been cautious and comparatively quiet in the transfer window. Naturally, given their recent dominance, the Bhoys aren’t forced to announce the arrival of several new players. However, with reports of the possible departure of Kieran Tierney, Celtic could be forced to play their hand in the transfer market.

According to the Daily Record, Celtic’s Kieran Tierney is closing in on a move to Everton following a £25M bid by the Merseyside team. The 21-year-old had established himself as one of the Hoops’ most talented and decorated players, yet, he now seems destined to leave Celtic Park.

Since his emergence as a budding young prospect in the 2015-16 season, the Scottish international has established his status as arguably the most skilled and decorated full-back in the Scottish Premiership. In fact, he has continually been linked with some of the biggest names in Europe, adding a sense of inevitability to his imminent departure.

Despite being 21-years-old, Tierney has already attained a highly commendable total of 130 senior appearances, amassing a respectable total of seven goals. Furthermore, he has developed the experience of playing on some of the most prestigious stages, such as the Champions League, and on the international stage, where he has amassed nine caps for Scotland.

During his time with Celtic, he has won six honours, including three Scottish Premierships. One must admit, that his departure will evoke a sense of sadness for Celtic supporters, especially those who thought that the young Scotsman could attain legendary status at Celtic Park. While his departure does seem inevitable, is £25M sufficient for a player of his quality?

The 21-year-old is equally capable when fulfilling his attacking and defensive responsibilities, and he also exhibits excellent technical ability. Considering his age, there’s no doubting that Tierney is endowed with considerable potential, and he certainly possesses necessary quality to become one of the very best players in his position. Given the nature of today’s inflated market, does £25M represent a good deal for Celtic?

What are your thoughts? Let us know by voting in the poll!