Joyeux anniversaire Eddy! – Looking back at the birthday bhoy’s Celtic career so far 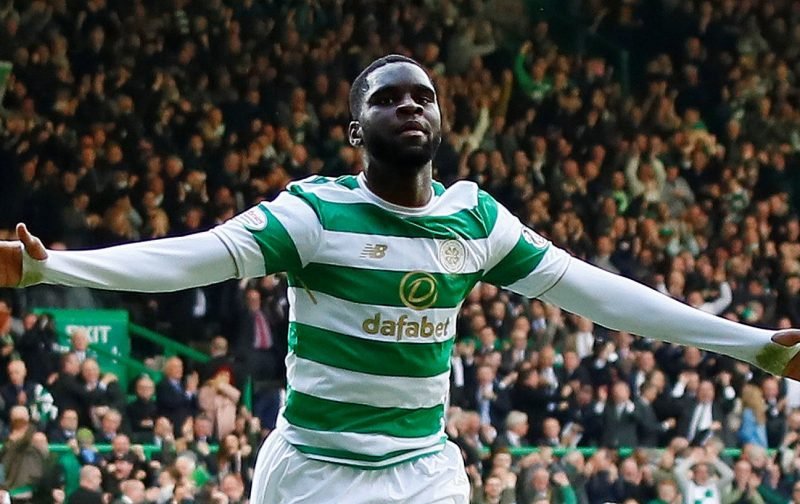 Today mark’s Odsonne Edouard’s 23rd birthday. All at Vital Celtic wish him many happy returns and hope that he manage to have some sort of celebration whist self isolating.

“French Eddy” as the Celtic fans affectionately address the striker first joined the Hoops under ex boss, Brendan Rodgers, when he brought over from PSG on loan in August 2017. He scored on his debut away to Hamilton Accies and automatically endeared himself to the Parkhead faithful. He scored his first ever hat-trick that season against Motherwell in a 5-1 win but will always be remembered for THAT goal against Rangers at Ibrox in a 3-2 away win. The Hoops were down to ten men and Rodgers brought on Edouard as a second half substitution and we all know what happened next.

So impressed was Rodgers, he managed to persuade the Celtic board to shell out a club record £9m fee to make the loan deal permanent.  Then boss, Rodgers, famously said of the striker that he was one of the “best and most exciting young strikers in Europe”.

During his time at Paradise, Eddy has enjoyed outstanding success. In 151 appearances, the Frenchman has scored an amazing 74 goals and he has amassed NINE winners medals winning three League titles, Scottish Cups and League Cups.

Edouard has been the subject of intense transfer speculation over the last three weeks as English clubs Arsenal and Leicester City are reportedly both keen on capturing the talented talisman’s signature.