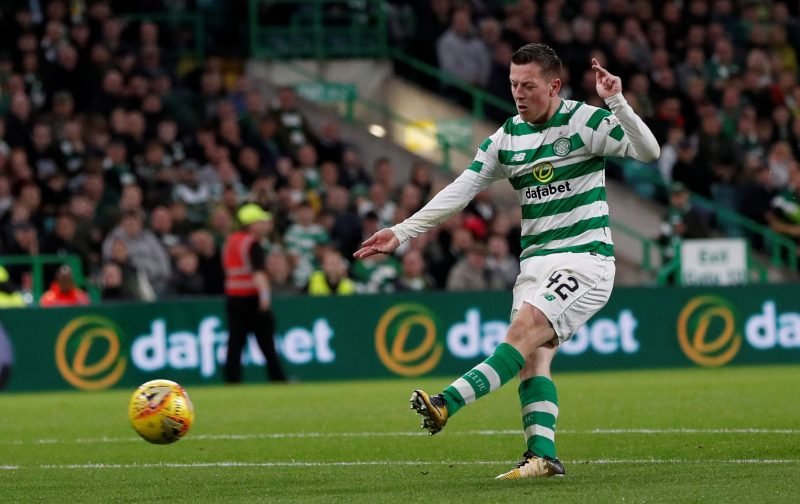 Celtic midfielders Callum McGregor and Ryan Christie will both miss tonight’s match away to Tynecastle and in fact could be missing for a number of weeks, as confirmed by John Kennedy to BBC Scotland.

During his unveiling as the club’s new assistant manager after the departure of Brendan Rodgers and Chris Davies, Kennedy said: “He’ll [McGregor] miss probably the next game or two then we’ll take it from there. Same as Ryan Christie. Again, we’ll see how he progresses.”

It follows on from a report in The Scottish Sun this morning that McGregor is facing a battle to be fit for next month’s fixture at home to Rangers in the Scottish Premiership.

McGregor sustained his injured against Valencia last Thursday, with former manager Brendan Rodgers later confirming he’ll receive an X-ray to determine how bad it is.

Christie meanwhile had to hobble off of Sunday’s fiercely contested match at home to Motherwell, struggling with an apparent hamstring injury.

Losing two of our most consistent performers this season at a time the team has been ditched by Rodgers is far from ideal and is a real worry over the next few weeks, just when our fixture list starts to get far more difficult.

Not only do we have Hearts this evening, but also Hibs at Easter Road at the weekend. That Edinburgh double-header comes before games against Aberdeen, Dundee and Rangers.

Hopefully the medical team can get them back playing as soon as possible, we’ll need both.