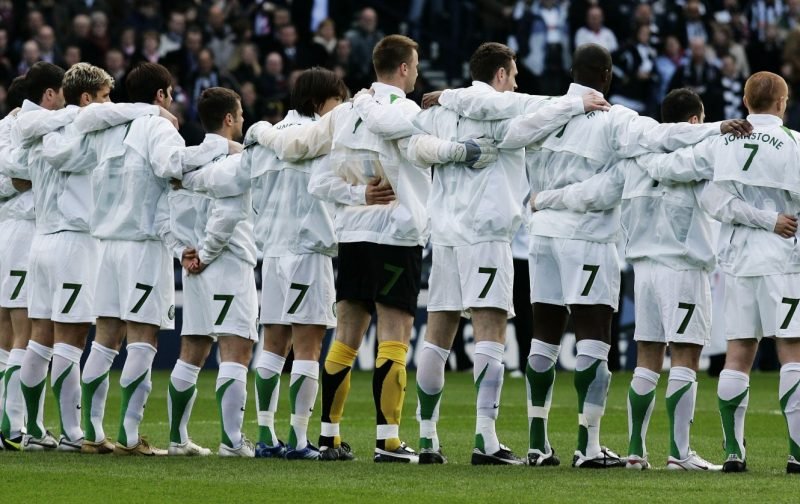 Celtic are planning to pay tribute to Billy McNeill by having the team all wear the number 5 on their shorts against Kilmarnock this weekend, as reported by The Daily Record.

The legendary captain sadly passed away this week and chief executive Peter Lawwell wants a similar tribute to the one for Jimmy Johnstone in the 2006 Scottish League Cup final.

That day the entire team wore the number 7 in honour of the iconic winger, with now manager Neil Lennon lifting his first trophy as club captain after a 3-0 win over Dunfermline.

The paper say Lawwell has already began exploring the possibility of doing the same with McNeill’s famous number and will now ask special permission to have the tribute in place for the visit of Steve Clarke’s Killie side.

McNeill was a titan of the game and it seems fitting for the league to allow the request as a special one-off.

Regardless, it will likely be a massive fixture of celebration of McNeill’s life, with an extraordinary amount of stories, videos and photos already emerging barely a day after the sad news was announced.

It’s all set to be an emotional, but comforting, day for supporters.