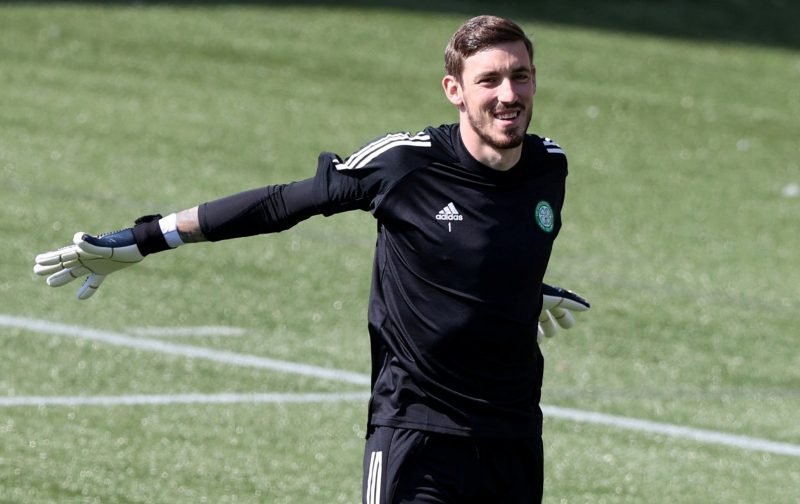 It was a desicion that surprised everyone when the team sheet for the game against Hamilton was announced. Barkas was dropped and Scott Bain was reinstated as Celtic’s No1 between the sticks.

Barkas has failed to impress since his £4.5m move from AEK Athens and things didn’t get any better tonight for the Greek international as he was dropped from the starting eleven.

Lennon explained his reasoning behind the move and said, “I don’t think Vasilis has settled.

“He’s not the presence at the minute that he can be. I think he needs a bit of adaptation, more time. I don’t think he is up to the speed and physicality of the game.

“I made the decision to bring Scott back in, he has been knocking at the door. I think he has done okay, he was comfortable tonight.

“You will probably see the best of Vasilis as we go along, not just at this moment.

“I have spoken to him a number of occasions over the course of the season. We’re hoping and expecting more from him as we go along.

“He understands, he is one of them who maybe suffered with the way life is at the minute.

“Sometimes you take it for granted that these guys are going to come in and adapt straight away, some take a bit longer and he is in that category.

“He has admitted on a few occasions that he probably hasn’t been at his best “He can improve his physicality, shot stopping and general influence around the box.

“He has good ability, I don’t think we have seen the best of him yet.

“Scott will continue in goal”