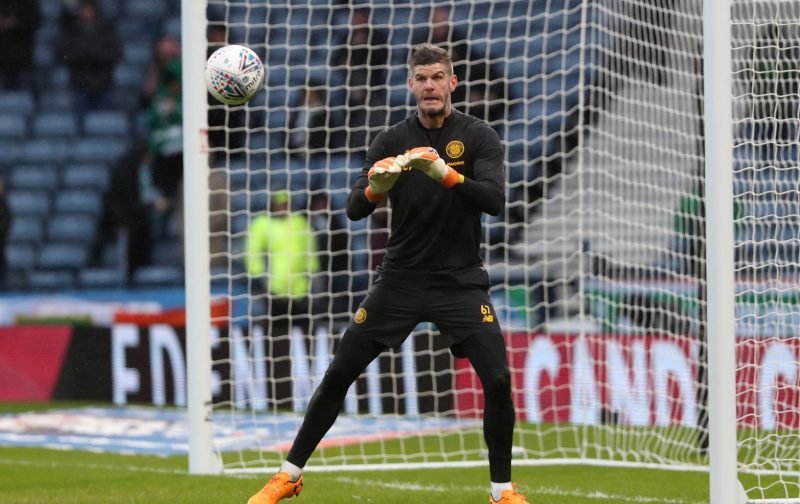 Celtic’s hopes of re-signing Fraser Forster appear to be slimmer by the day with the latest revelation coming from the south coast.

The Daily Record’s transfer round-up reported that Southampton are now said to be looking at analysing Forster in pre-season after seeing Alex McCarthy and Angus Gunn both show signs of inexperience this season – the former being largely to blame for the Saints defeat against Arsenal last week.

It represents a sizeable blow in Celtic’s recruitment plans who had seen Forster’s return as the first step towards securing 10-in-a-row and a huge statement of intent, even an additional 12-month loan deal appears to be a remote possibility now.

Neil Lennon will not want to wait until after the season has kicked off before securing a safe pair of hands for between the sticks and as such continues to be linked with alternate options to the imposing Geordie.

Joe Hart’s name has been front and centre in recent speculation with the 75-times capped England international available immediately after Burnley announced his departure from the Premier League club.

It is a signing that could make or break a monumental season with Forster perfectly demonstrating in the 2019 league cup final just how important having an established goalkeeper can be when those in front are underperforming.

It would be a huge gamble to start the season with Scott Bain as the only recognised number one in the hopes that Forster could be re-signed before the window closes, any other year it could be a risk worth taking, however, with so much at stake, it would be too high a price to pay if the decision back-fired and Celtic let destiny slip from their grasp.