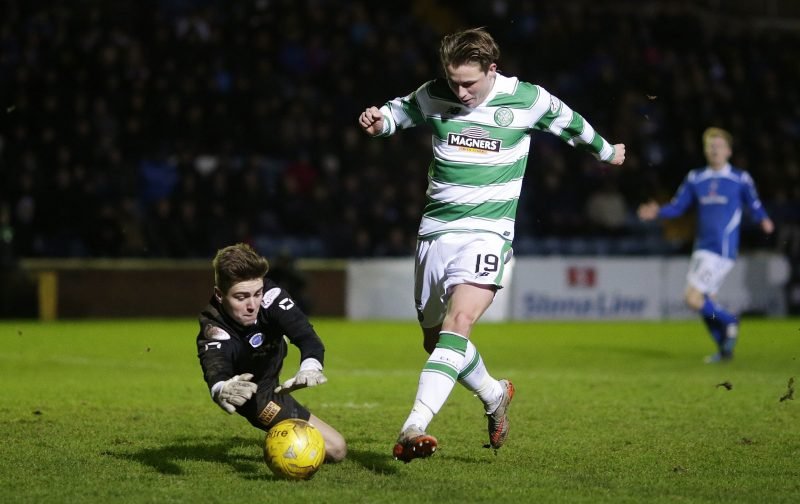 Celtic manager Neil Lennon has revealed he is looking to play forgotten Hoops midfielder Scott Allan before the end of the season, but can’t currently risk his fitness, as reported by The Scottish Sun.

Allan hasn’t made a single appearance for the Hoops since way back in May of 2016, which was when Ronny Deila was still in the dugout at the club.

Lennon of course knows a bit about the 27-year-old, having signed him on a pre-contract at Hibs before leaving Easter Road earlier this season.

Despite his imminent Hoops exit, the Celtic Park boss is still looking for him to feature in the first-team soon.

As quoted by The Scottish Sun, Lennon said:

I’d like to give Scott Allan some game-time between now and the end of the season but at the moment I can’t risk him because there’s a chance he could break down.

He’s played a few development games but I’d like to give him a little run if the opportunity comes along.

He’s training well and having a go at it but he’s in a difficult position.

Allan obviously doesn’t have a future at the Hoops, so including him in the first-team at some point doesn’t make much sense from my perspective, even if he is working hard in training.

Surely any minutes given to him could be better used on building the confidence of a young, homegrown talent or other midfielders badly needing game time?

Lennon clearly has a lot of time for the midfielder, but he’s probably best quietly heading out the door.