Lennon hits back at Gerrard after criticism of Celtic star 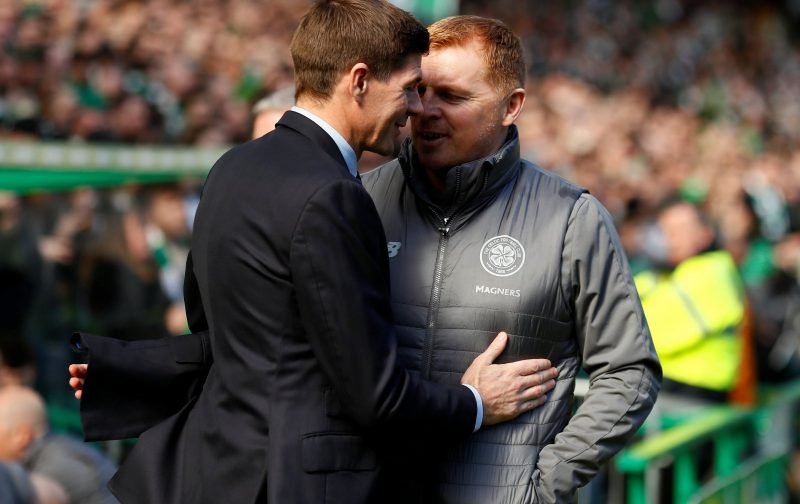 Neil Lennon has defended his Celtic stars’ discipline after Steven Gerrard seemed to equate their actions with that of today’s shambolic Rangers men.

As reported by Sky Sports, the Ibrox boss was furious with Celtic captain Scott Brown despite not only being elbowed by Alfredo Morelos but also punched by Ryan Kent and pushed by Andy Halliday.

Gerrard said: “You’re playing against a player who loves to antagonise. Morelos and [Ryan] Kent are both provoked. Celtic fans have the right to celebrate but to do it right in your race, Halliday has the right to protect his own people. The guy who antagonised it all from the beginning deserves to be punished as well. When you’re provoked, it’s only fair that both sides get punished in my view.”

The bizarre comments were not taken seriously by Lennon though, who fired back with a defence of his Celtic players.

???? NL: "@ScottBrown8 gets elbowed and then he gets punched in the face. It’s disgraceful, and you can’t put the two in the one basket. Our players kept their discipline really well and Rangers should have been down to nine men rather than 10." #CELRAN

Clearly Gerrard needs to understand between a wee wind-up in a derby game and out of order violent thuggery.

We know that Scott Brown loves to get in the faces of the opposition, but he largely does so within the rules of the game.

There’s a massive difference between that and the actions of the out-of-control Morelos and his other hothead teammates.

Thankfully it does not really impact on us negatively and not only shows them up, but also allows us to secure wins like today’s.

What did you make of today’s off the ball incidents? Share your thoughts in the comments below…