Celtic manager Neil Lennon has a few selection issues ahead of the trip to Perth tonight to face St Johnstone as the Hoops look to consolidate their five point lead at the summit of the Scottish Premiership.

Jeremie Frimpong remains unavailable, as does Hatem Abd Elhamed so Moritz Bauer will probably retain his place despite his far from convincing display against Ross County at the weekend.

Lennon may be tempted in going with a back three which would allow him to play James Forrest at right wing-back and restore the partnership of Leigh Griffiths and Odsonne Edouard, this would also given him several options in the middle of midfield.

Ismaila Soro has now completed his £2m move to Parkhead and Hoops fans will be wanting to get a sighting of their newest recruit as soon as possible, with Ryan Christie still injured, Lennon could be tempted into starting the Ivorian alongside Scott Brown in the double pivot and play Callum McGregor as the more advanced of the midfield three.

In fairness to Olivier Ntcham he looked something like his old self when deployed in the central attacking midfield role with the twin attack of Griffiths and Edouard ahead of him, the Celts’ gaffer may look to give Soro his first taste of life in the green and white hoops from the bench if they can get their noses in front. 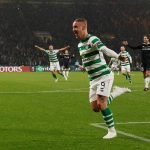 Celtic, although performing well, had become predictable in their shape and first choice XI, rarely rotating around the key players but Lennon has now introduced a flexibility with no adverse affect on results as they look to continue their dominance of Scottish football in this decade as they did the last.