Manager rules out move to Celtic to replace Lennon this summer 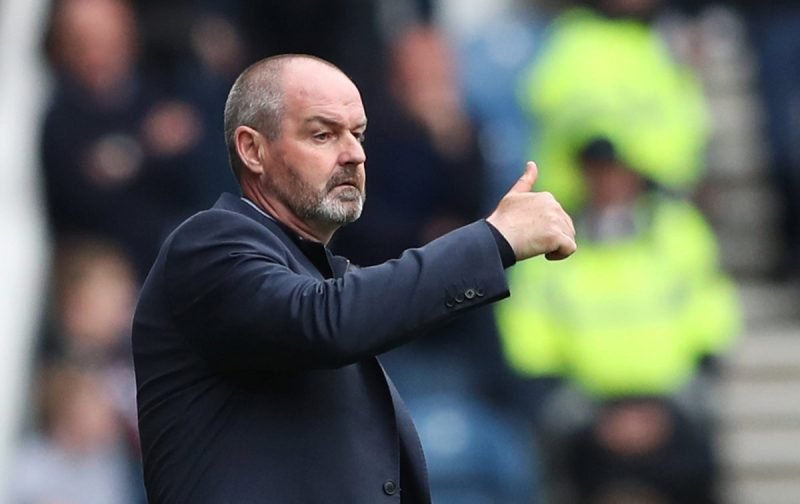 Kilmarnock manager Steve Clarke will not be taking charge of Celtic this summer if the Hoops decide to search for a new permanent boss, as reported by The Scottish Sun.

Neil Lennon has been appointed until the end of the season but nobody knows yet what the future holds for Celtic in terms of permanently replacing walk-out manager Brendan Rodgers.

Many had speculated that the club may move for Clarke due to the exceptional job he has done with Killie and the fact he grew up as a Celtic supporter on the West coast of Scotland.

However, the man himself has already ruled him out, putting an end to any ongoing speculation.

As quoted by The Scottish Sun, Clarke said:

I’ve always said I won’t leave Kilmarnock for another Scottish club and that remains the case.

It’s 100 per cent certain that I’ll go back to England. That’s for sure. That’s where my family and my life is.

I may be second favourite with the bookies but that’s the bookies. I’ve backed a few long shots in my time!

Listen, you’ll always have that speculation – I’ve come back to Scotland and done a pretty decent job with Kilmarnock.

It seems pretty clear that at this stage of his career he is not contemplating a Celtic Park switch, even if the club consider making him the new Hoops boss after Lennon.

For now everyone seems to be happy following Lennon anyway. In a short space of time he has united the club and made everyone quickly forget about Brendan Rodgers.

How it plays out remains to be seen, but there’ll be plenty options beyond Steve Clarke.