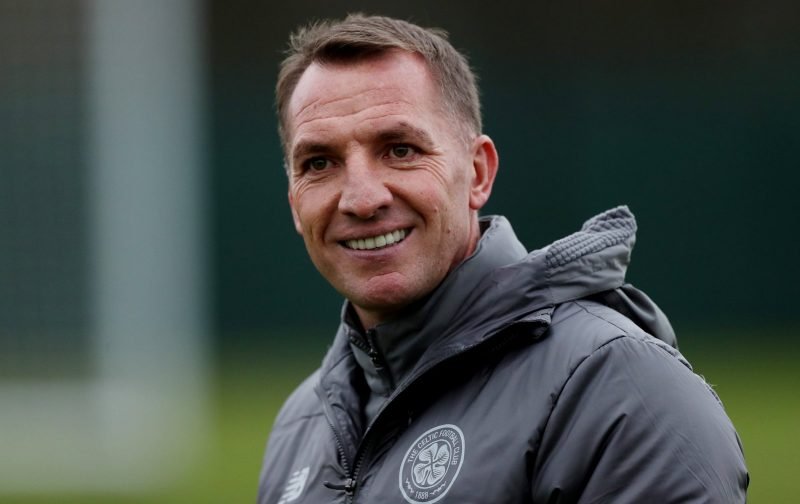 This is one story I though I wouldn’t be writing. I prefer that on this site, we look forward, not back.

But I felt this is one that I couldn’t ignore.

The day Brendan Rodgers left for Leicester is one I won’t forget in a hurry. I was in Australia and woke to text’s that the former Celtic gaffer had jumped ship to the EPL.

To say I couldn’t believe it was an understatement.

Ten games to go in the league and Celtic were still in the hunt for a treble. For any ‘Celtic man’ to walk away from that defies belief.

But according to Mark Guidi, Rodgers could have left the club in the hammerite a lot sooner if he had his way.

Speaking on The Go Radio Football Show, Guidi said,  “My take from day one, the day that I heard that Brendan Rodgers was leaving Celtic to go to Leicester, I will say it again. I didn’t blame him.

“I thought it was the right thing to do. If you look at the backstory, look at the sub plots all the things that we’re aware of.

“It was gonna happen sooner but certain circumstances stopped that from happening sooner.

“You look at what he took over at Celtic, and to what he left.

“Look at the players. Look at what he reinvented. Scott Brown. Look at James Forrest’s game. Look at Callum McGregor’s game.

“You look at what inherited, he was an outstanding manager. And it was a sad day for Celtic when he left the club.

“Over the piece, I don’t blame him.

“It was unfortunate that he wasn’t around to stay for that next period that came up, but I don’t blame him at all for leaving.”

He was going to leave sooner. What circumstances stopped him and when exactly is sooner? After New Year with half a season to go?

No doubt, losing him was a big loss but I tell you something, it is very clear that this ‘Celtic man’ is clearly just a ‘Rodgers man’.

And Celtic are well rid.