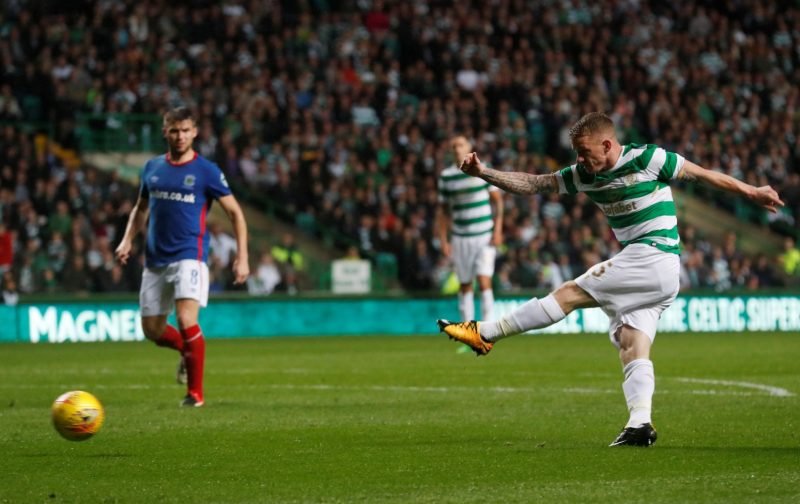 The usual team line-up predictions and rumours have been doing the rounds all Saturday and Hayes could be in line to start, after coming off the bench in our last game away to Dundee.

We know Neil Lennon likes to turn to trusted and committed performers in big matches and the industrious winger could provide the kind of spirit that propels us to victory against our city rivals.

Scott Sinclair has scored a large number of goals this season but in big matches he’s been frustratingly quiet and turning to the Irishman could be the kind of selection curveball we need.

Would it be a risk? Would it be controversial? Maybe, but having spent more time with the squad over the international break, we’ll have to trust Lennon’s judgement.

These fans took to Twitter today to discuss it all…

Jonny Hayes will play a blinder tomorrow. No worries on that score ????????

Why are @CelticFC 's Supporters doubting the selection of Jonny Hayes tomorrow ? The Lad gives 100% and has never let us down. If he gets selected for #CELRAN tomorrow, I'll be happy with that. #CelticFC ????

Hayes was brilliant before his injury and has came back into things just as good but a massive call to put him ahead of sinclair or burke. Only assuming tierney is about 80% and might need cover

Hayes in ahead of Burke/Weah/Sinclair is a bold move.

Whenever he's been called upon Hayes has always been class