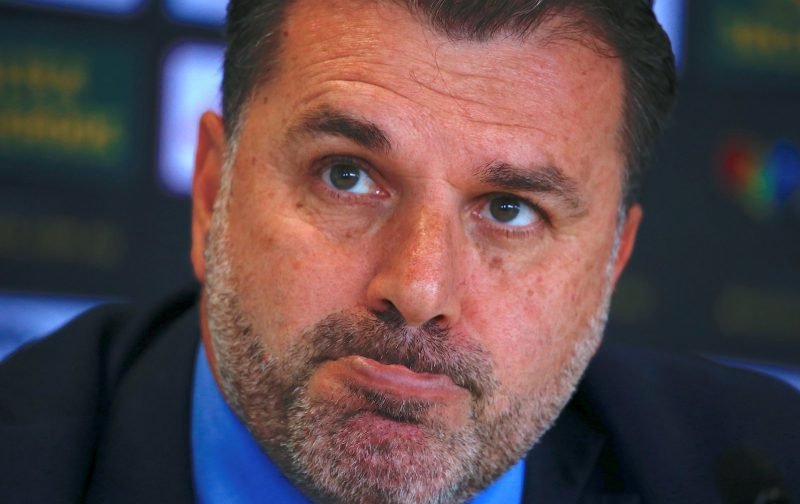 As the news of Celtic’s opponents in the Premier Sports Cup semi final soaks in, the prospect of facing Callum Davidson’s St Johnstone will be met with a sense of relief by the Hoops fans.

That is not to say that the men from Perth won’t be tough opposition, I think it is fair to say that facing either Hibs or Rangers would have been a worst prospect considering where the land lies with the already limited numbers in Celtic’s first team.

But there was more bad news tonight as the Celtic fans long wait to see their new striker has taken another set back as Giorgos Giakoumakis sustained an injury during the warm up prior to facing Raith Rovers tonight.

Hoops gaffer Ange Postecoglou was staggered as he announced the news during his post match interview,  “I don’t know what it is mate. I have definitely walked under a ladder.

“He did his calf in the warm-up.

“We have just sent him off to do a scan now. He has picked up an injury unfortunately.”

The news was broke just after 10pm tonight by Sky Sports reporter Anthony Joseph when he tweeted,  “The news was broke on Twitter by Sky Sports reporter, Anthony Joseph just after 10pm tonight when he tweeted, “Not an ideal start for Georgios Giakoumakis at Celtic. Ange Postecoglou has told @PremierSportsTV that the striker is having a scan, after injuring his calf while warming up tonight.”

Not an ideal start for Georgios Giakoumakis at Celtic. Ange Postecoglou has told @PremierSportsTV that the striker is having a scan, after injuring his calf while warming up tonight.

And the news was met with utter dismay by the Hoops fans on his timeline:

I bet it was that bloody light show before the match. Knowing our f*cking luck they put the lights out and Georgios tripped over a stray macaroon wrapper that ended up on the pitch.

He should have warmed up for the warm up! Unreal

Master of the understatement

What is it with us and injuries pic.twitter.com/Nj3CShZyY9

The Hoops fans will be hopeful it won’t be anything too serious, but with the need to send the striker for a scan, the Celtic supporters will need to prepare themselves for the worst.