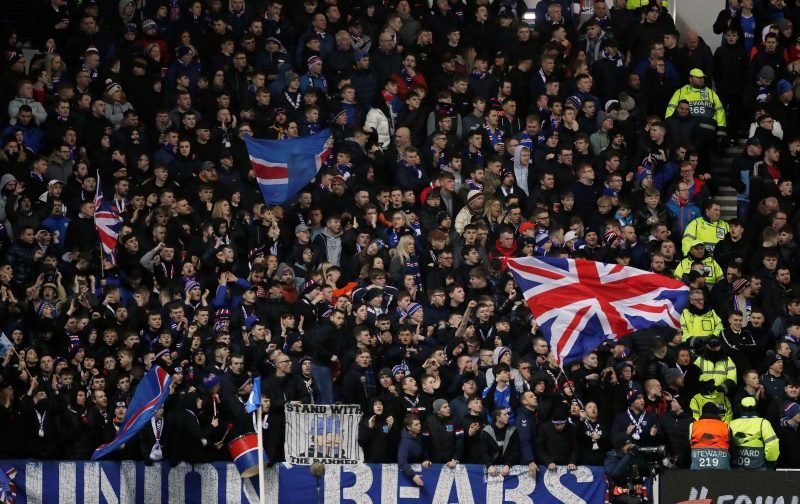 This subject is one that we all hoped would not rear its ugly head again.

The racism row in Glasgow continues as the Rangers support were filmed engaging in further racist controversy and this time it was the turn of the Irish and Catholic minorities that was the main target for their bile.

With the Kyogo Furuhashi racism row still firmly front and centre the Ibrox club simply could not afford another embarrassing episode to besmirch their name and they would have hoped that the weekend would have gone by with no incidents after a 1-0 home win.

They were set to be disappointed. Again.

Vital Celtic reported on the racist chanting as a horde of Rangers fans were escorted by the police through Glasgow City Centre and how Michael Stewart and Tom English took to twitter to condemn the fools that took part in the singing.

Stewart again took to twitter to continue to put pressure on the Ibrox to act against those that had partaken in further anti Irish racist singing but as yet, they have been silent.

Stewart said this afternoon, “What are Rangers doing to investigate a group of their fans singing racist chants yesterday? Last week there was condemnation from the club. Why is it different this time? Where is the pressure to act this time round?”

What are Rangers doing to investigate a group of their fans singing racist chants yesterday? Last week there was condemnation from the club. Why is it different this time? Where is the pressure to act this time round?

We all know why it’s different this time around and instead of skirting the issue just come out and say it. The club launched a campaign to stamp it out last year under the #EveryoneAnyone banner, but it seems it has fallen on deaf ears amongst a section of the Ibrox clubs fans.

Anti catholic singing and anti Irish bigotry has been rife in the south side of Glasgow for decades and it was continually brushed aside and never addressed by the Scottish media.

They have enabled this kind of behaviour with their silence. They must now use their collective voices to eradicate it.