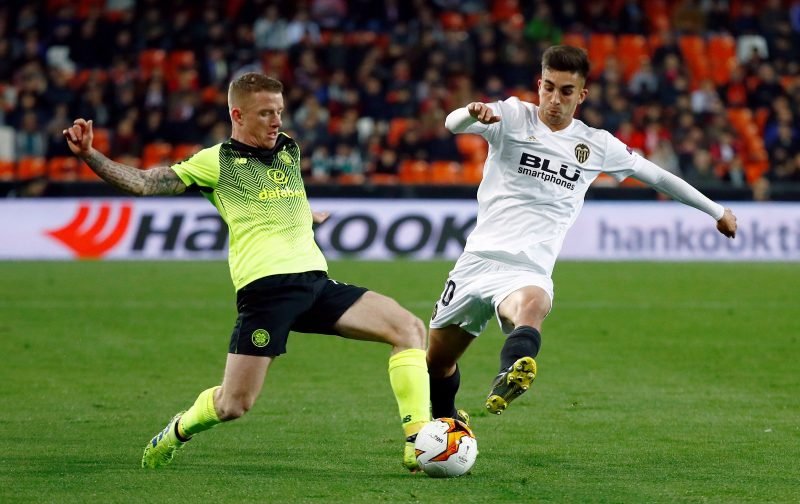 The Bhoys just about left the weekend on a triumphant note but they certainly left it late against Dundee.

The Hoops have not been as good this season as they have in recent years but one thing they have managed to do is keep going and get wins late on – leaving us 10 points clear of Rangers.

Certainly, we’re well on the way to another league title now and it looks as though Jonny Hayes could play a part in that more than we might have expected.

After playing regularly last season before his nasty injury, Hayes has gradually had to work his way back into contention for the Bhoys.

He’s picked up minutes in four of the last six league games for us, too, and it was also interesting that, when we were chasing a goal, Neil Lennon opted to bring him on.

He’s not shown the form he did for Aberdeen for us so far in his career, it has to be said, and it looks as though Lennon is looking to change that.

He’s aiming to place faith in Hayes, then, and get a better tune out of him than Rodgers ever did – let’s see if he succeeds.