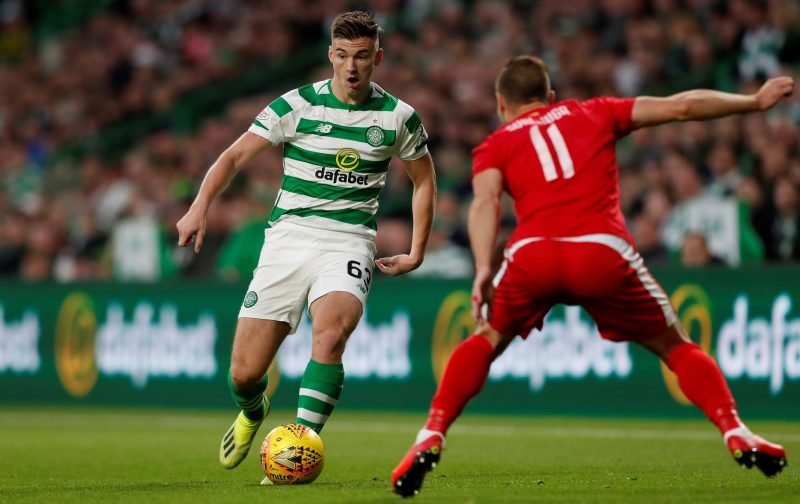 Celtic defender Kieran Tierney will declare himself fit for the upcoming derby clash against Rangers on Sunday, as reported by The Daily Record.

There have been fears the left-back could miss the visit of Steven Gerrard’s side this weekend after he not only missed Scotland’s recent match against Kazakhstan but then withdrew from the squad to return back to Glasgow.

However, the paper say he is set to offer Neil Lennon a huge fitness boost by insisting he is fit to feature at Celtic Park.

Tierney has struggled with injury issues for a number of months now, revealing he had a hip problem as a result of being overplayed over the last few season.

Even on his return he’s looked well short of fitness and last time out against Dundee looked really laboured on the left flank, with concerned fans feeling he may have been reintroduced too quickly.

Hopefully though the extra two weeks off will have helped him further and he is ready to make a big impact this weekend, with three points all but guaranteeing an eight league title in a row.