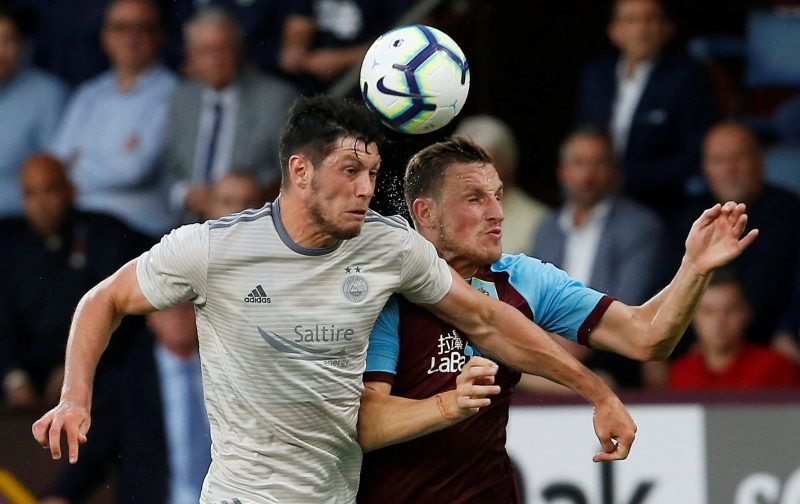 Celtic were linked with a move for Aberdeen defender Scott McKenna over the weekend, with The Scottish Sun reporting that the Hoops were considering a bid for the 21-year-old.

With the player attracting interest from English football also, it appears he’s a much wanted man this summer after making a breakthrough into Derek McInnes’ side last season.

The Dons manager rates the player highly, going on record recently to state his belief he will be playing English Premier League football one day.

With the club also reported to value him at £10m, it could be difficult to convince the Pittodrie side to part with one of their prize assets.

Celtic fans though aren’t particularly impressed with reports linking him with a move to Celtic Park, believing he doesn’t have the quality to improve upon what Brendan Rodgers has in his defensive line.

Games Ive seen him in he is not good enough for Celtic… Just because we get alot of money for our CL/EL Double treble winning experienced players doesnt mean you do. If you do hats of to you.

Could easily afford him, but hopefully Celtic don’t sign him cause he’s shite

I don't think McKenna adds to what we've already got ,need better quality than that ,If we've waited this long to bring in a player like Mckenna ,that would be dissapointing.

I’d be shocked if Brendan was able to turn that lad into a player. Makes Harry Maguire look like Beckanbauer….

Cart horse of a player

Do you think Celtic should make a move for Scott McKenna? Have your say in our poll below…