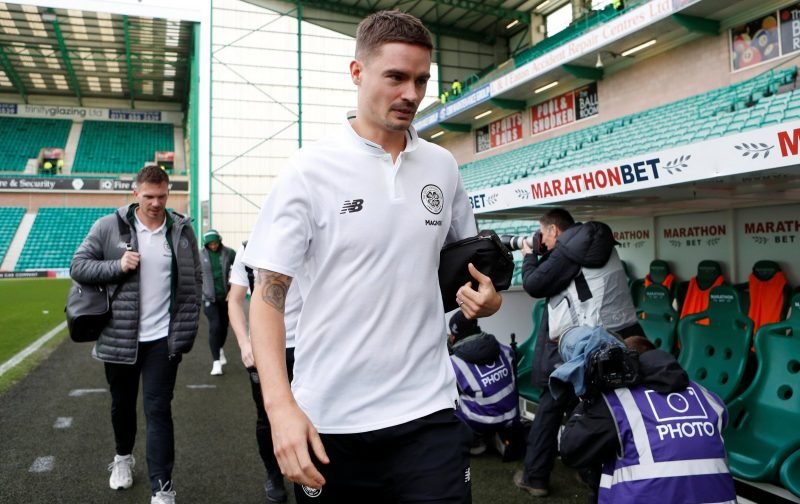 Celtic fans aren’t convinced that Mikael Lustig is a better option than Jeremy Toljan at right-back despite Saturday’s Scottish Cup win over Hibernian.

The Swedish veteran was brought into the team at the German’s expense after an extended run on the bench in the final few games of Brendan Rodgers’ reign as Hoops boss.

Neil Lennon though clearly turned to a trusted former player, which is understandable, although it will be interesting to see if Lustig continues to get starts having not especially impressed against Hibs.

Some were pleased with his efforts, but many are also pointing to the deficiencies in his game compared to the Borussia Dortmund loanee.

Toljan has far more pace and is more comfortable trying to have an impact on the game in the final third, but it could be argued that Lustig offers more in our own half and from set-pieces.

Thought Lustig did well today. Toljan is quick but defending isn't the best…and gets caught on the wrong side too often…picked up bookings for the same thing in his last 3 games

Toljan is good going forward & we saw that the other night. We have also conceded 2 only goals since he arrived. One a pen & the other that Motherwell cheat thing. Lustig can't rly get forward anymore & players in the SPFL target him defensively. Folk have forgotten Dec 29th….

Get Lustig off before he cost us. Great servant but Toljan better than that. Sinclair could be hooked too.

Struggling to believe that Lustig and Bitton are better options than Toljan and Henderson.

The decision to play Lustig is absolutely baffling. Lennon says he wont disrupt the momentum. He then brings Lustig in from the cold and takes Toljan out. Madness. #HIBCEL #CelticFC