Celtic have reportedly made an enquiry for Sampdoria defender Omar Colley as they look to further strengthen their defence, according to Sky Sports.

The 27-year old is rumoured to be valued at around £10million by the Serie A side and a permanent move may hinge on the future of Kristoffer Ajer, with his representatives said to be keen on engineering an exit from Parkhead.

Colley is a Ghambian international with 12 caps to his name and has experience of playing across the continent in Finland, Sweden and Belgium before heading to Italy in 2018, at 6ft 4inches tall, the physicality of the Scottish game shouldn’t be a problem either.

Neil Lennon has obviously accepted that Ajer isn’t interested in staying for the fight having benched him a couple of times before the disastrous Champions League defeat to Ferencvaros, it’s just a shame that Shane Duffy wasn’t signed a couple of weeks earlier, his no nonsense approach could have made the difference. 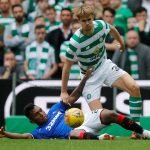 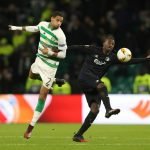 The Republic of Ireland international’s arrival shouldn’t be seen as a solution to all Celtic’s defensive “issues”, he is, after all, only on loan from Brighton and if Colley becomes available, Lennon should look to get him in before the window shuts and so that a decision can be made on Ajer without leaving himself short of central defensive options.

The gaffer has been heavily backed by the board throughout the window and the main objective now will be retaining the services of those who want to fight for the club and in the process, seize the opportunity to be history makers.