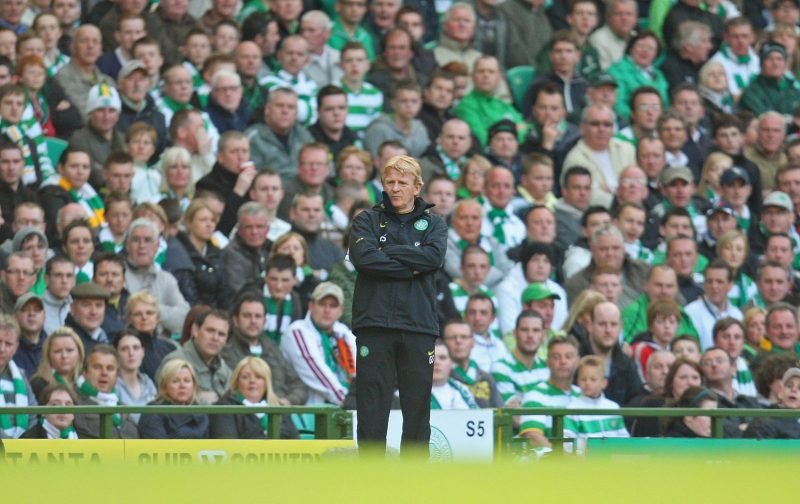 Martin O’Neil had resigned before the start of the season to care for his wife who was poorly and the Celtic board swooped to bring in Gordon Strachan.  Strachan brought his own brand of football and had a media handling style similar to O’Neil, but with better put downs to questions that he felt were irrelevant from reporters.

Strachan lost the first Glasgow Derby to Rangers in August at Ibrox 3-1 and was looking to seek revenge at Paradise.  The first in a double header saw The Hoops knock Rangers out of the League Cup 2-0 ten days earlier, but it was the league where Strachan really wanted to turn the screw. And he did in style.

Celtic only lost three games in a season against Rangers, Dunfermline and Hearts and also delight fans with 93 goals scored.

This was also the season where The Hoops were knocked out of the Champions League after an embarrassing First Leg 5-0 away defeat to Artmedia Bratislava. Celtic almost pulled of the unthinkable comeback but only managed to score four at Parkhead in the return leg.

Celtic went on to win the League Cup that season with a 3-0 win against Dunfermline but did suffer the humiliation of a 2-1  defeat to Clyde in the Scottish Cup in an unforgettable debut for Roy Keane.