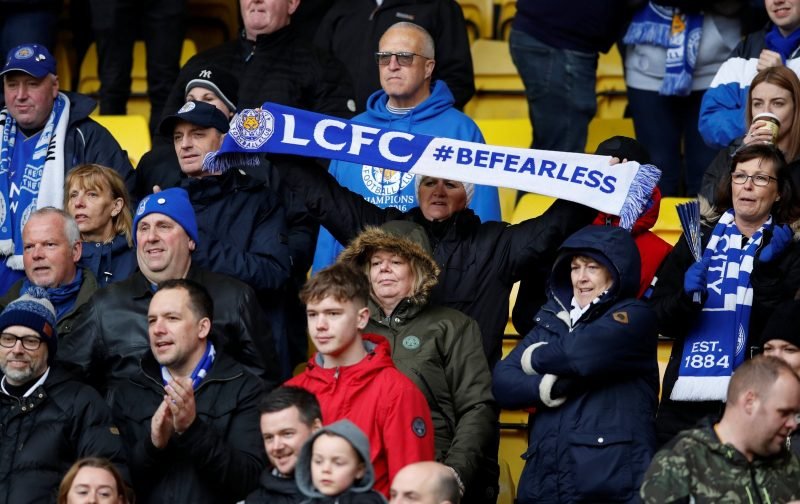 Celtic fans have taken to Twitter to mock a pathetic viral video from the Leicester City end of yesterday’s clash away to Watford in the English Premier League.

Brendan Rodgers’ first match in charge of the Foxes did not end well, losing 2-1 against the Hornets after Andre Gray netted a last-minute winner.

It was a goal that gave bitter Celtic supporters great delight and the mocking of Leicester continued well into the night on social media after one fan posted a video of fans singing ‘We all hate Celtic’.

Clearly with just a handful of the support singing the ditty, the atmosphere leaves a lot to be desired, something that was always going to be ridiculed by fans of such a passionate fan base at home and away matches.

Perhaps Leicester City fans should leave the witty chants and songs to big teams in future.

One man and his dog.