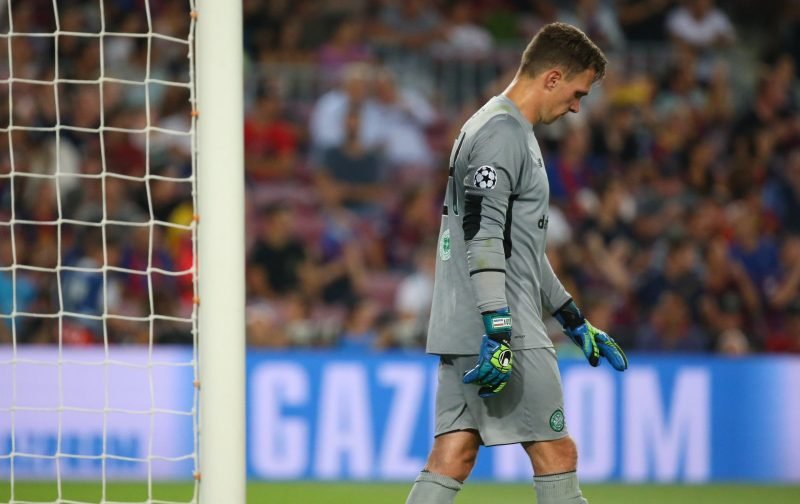 Dorus de Vries appears to be on the verge of a Celtic exit after manager Brendan Rodgers confirmed he could leave the club this summer.

The veteran shot-stopper missed out on the Hoops’ pre-season trip to Austria to take part in a coaching course with the Welsh FA and it appears that pursuit of a post-playing career options could see his exit from Celtic Park.

Rodgers spoke to The Scottish Sun, revealing that the player could end up leaving this summer:

Dorus is going into the final year of his contract. We’ve spoken about his situation. There are goalkeepers ahead of him but he can still be around helping the young keepers. Dorus is a good guy.

He was brought in for a purpose and he has served that purpose. With a year to go he has to decide to play and later move into coaching, or go down that route.

The player was one of Rodgers’ first signings at the club, arriving in the summer 2016 as competition for established number one Craig Gordon.

With Gordon and Scott Bain now battling it out for the number one spot between the sticks, losing De Vries wouldn’t exactly be the biggest blow, especially considering his fairly poor track record in the first team.

He was particularly awful in the tie vs FC Zenit last season, drawing plenty of criticism from supporters after a howler in the calamitous away leg. He went on to make two more appearances after that but was eventually replaced by Bain while Gordon recovered from injury.

While his experience is clearly welcome in Rodgers’ first team squad, he is now surplus to requirements playing wise and seeing him off this summer instead of paying another year of wages would be welcome.