‘One positive’ – Despite loss, these Celtic fans were encouraged by one star’s Tynecastle form 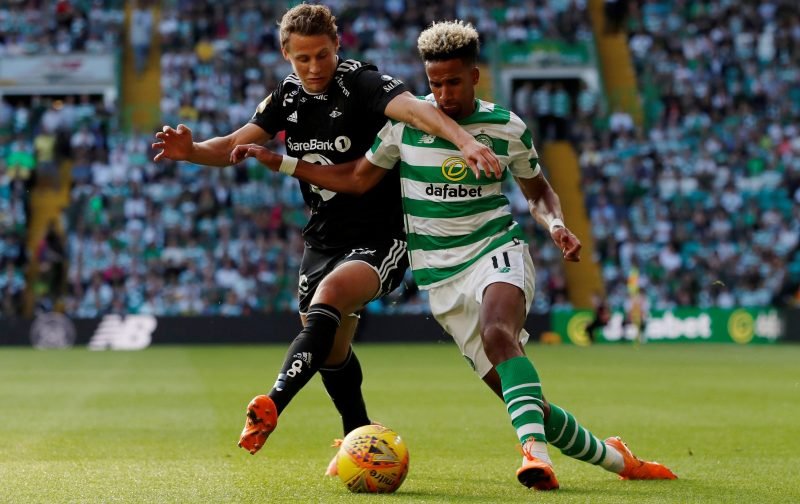 Celtic supporters didn’t have much to cheer about watching Brendan Rodgers’ side in action against Hearts on Saturday, but did find positives in the performance of attacker Scott Sinclair.

The 29-year-old’s recent form has been fairly garbage by most fans’ admission, looking well short of the form that made him such a dangerous weapon in his first season at the club.

Despite scoring plenty of goals last term, his performances grew worse and worse as the season went on, with many growing impatient with the player and some even suggesting he should be moved on.

However, he responded to recent criticism with a solid display against Hearts, despite the team losing 1-0.

Hopefully he can start chipping in with goals and assists again, also finding the confidence to take on opponents rather than cutting in from wide areas all the time.

One positive of today was Scott Sinclair , best game in a while sadly

Him and KT up the left were the only pass marks from the game, everyone else was an empty jersey

Scott Sinclair only player that passed the marks today. Rest were rotten. Centre of defence is worst it’s ever been. !!!!!!!!!!!!

Hearts deserved that. Kouassi Hayes and Hendry are not Celtic class and need replaced. Was good to see Sinclair looking sharpe but he needs a goal.

Feel sorry for Sinclair. Getting absolutely slaughtered, but was our hardest working player, always trying to be positive & drive the team forward, make something happen. Isnae his fault he constantly has 3+ players glued to him anytime he's near the box. His best game in a while

Thought he was excellent. Particularly 1st half

Thought Sinclair did well today. Hard for him when 3 of our best attacking players are on the bench.
Hate to hear any player roasted by the fans but especially when its clear as day his issue is confidence

Can Scott Sinclair ever find the form of his debut season at the Hoops? Let us know by leaving a comment…