One returns, seven players are out for Celtic’s massive European showdown 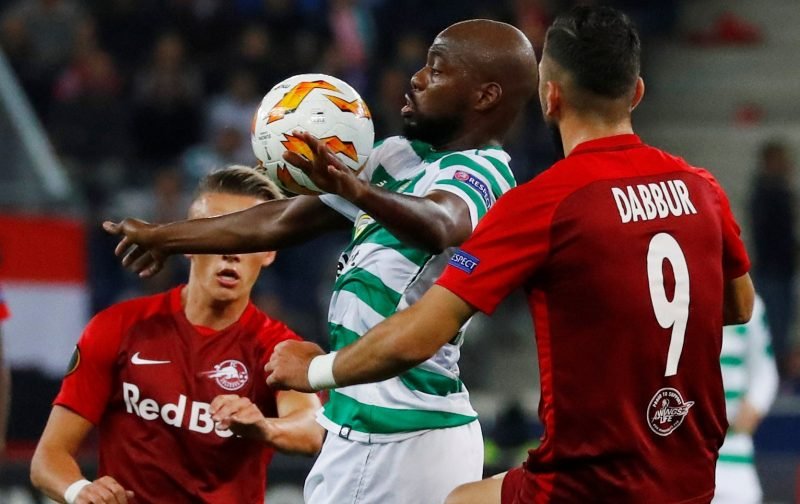 Celtic could be missing up to seven first-team players for the visit of German side RB Leipzig in UEFA Europa League action on Thursday.

Obviously Eboue Kouassi and Daniel Arzani are out long-term, but it appears Scott Brown, Cristian Gamboa, Leigh Griffiths, Jozo Simunovic and Olivier Ntcham will all join them on the sidelines after manager Brendan Rodgers confirmed there are no returns expected before the international break.

The good news is that Youssouf Mulumbu, who rejoined training last Thursday, should be fit and available for selection.

Asked by BBC Scotland if we can expect an ease in the current injury crisis ahead of the European fixture, Rodgers said: “Probably not, Youssouf Mulumbu will probably be back and available but other than that I don’t think we’ll have anyone back until after the international break.”

Mulumbu has made just two appearances since signing on a free transfer in the summer window, but impressed on both occasions and would be a welcome additional option against the talented Bundesliga outfit.

The Hoops really need to pick up all three points to keep the hopes of qualifying for the knockout stages alive, so any positive is welcome ahead of the Thursday 8pm kick-off at Celtic Park.

Do you see a place for Youssouf Mulumbu against RB Leipzig? Share your thoughts in the comments below…