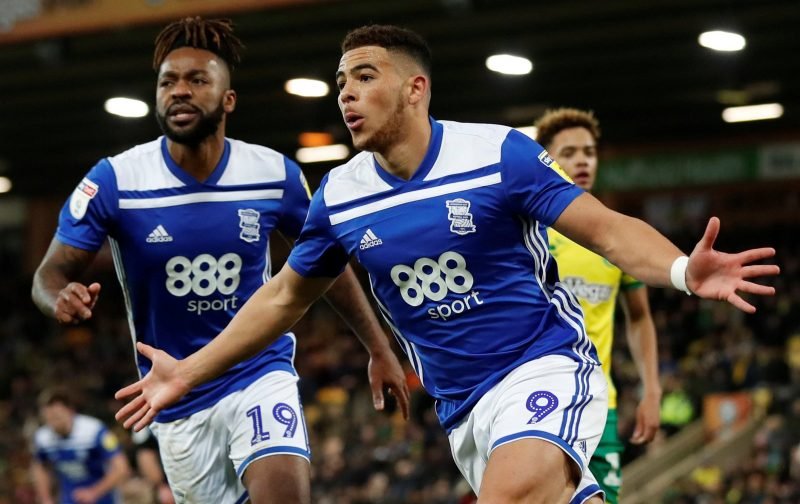 Not so long ago, the Mirror reported that we are apparently interested in attacker Che Adams from Birmingham City.

Indeed, we were named alongside the likes of Arsenal, Manchester United and Watford in that report for a player who has got plenty of ability going forwards.

A powerful, quick, sharp-shooting attacker with room to grow, he has shades of Moussa Dembele about him from his days at Fulham.

And, after Garry Monk’s transfer update, we should hope that we are the club that can prise him away from the Midlands.

Indeed, the manager said that the striker needs to be playing where his progression path his clear – as a way of trying to keep him at the Blues, but couldn’t Celtic provide just as clear a path?

Monk said via the Birmingham Mail:

“He can go as far as he wants. He can be a top level player but he has quite a way to go, quite a lot more understanding and maturing but he’s on that path. Our biggest determination is for that to be with us.”

Celtic have got an opening next season for another top striker – especially if Weah and Burke leave – and I for one think this gives us real hope.