Opinion: If Lennon is bold & starts Celtic 26-yr-old on Sunday it will be a match-winning decision 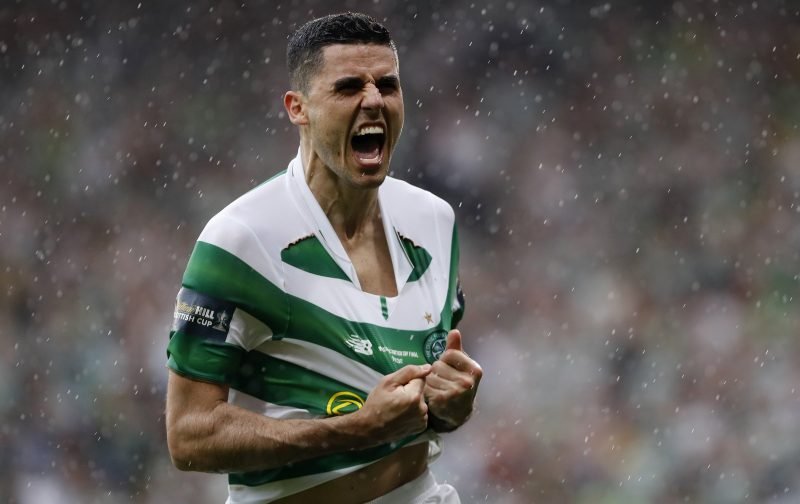 Neil Lennon has to select Tom Rogic on Sunday, despite the attacking midfielder not playing a match for the club since December.

It’s been a long road back to the first-team for the Australian international.

He missed out on January action at the club due to his Asian Cup national team selection and subsequently picked up an injury that has kept him out for a further two months.

There’s absolutely no doubt that the player’s injury and international absences have been a frustrating undercurrent to his Celtic career to date, but all that should be pushed to this side this Sunday for the visit of Rangers on Sunday.

The fact of the matter is this – Rogic is a unique talent in comparison to the rest of the Celtic squad, he is a match-winner and perhaps most importantly he is the epitome of a big game player.

The 26-year-old’s incredible ability to take the ball on the half turn and expose opposition defences can hurt any team when he makes it his business and although we almost certaintly won’tt get 90 minutes out of him this weekend, that ability will remain a potent weapon for an hour or so.

He also carries a goal threat that is hard to defend against. Lethal from range and exceptional at making space for himself, how often have we seen packed defences undone by a bit of Rogic magic in the final third? That kind of spark and creative genius is something we’ve been massively lacking in recent weeks.

Lennon confirmed this week that Rogic has returned to full training on the grass pitches at Lennoxtown and it looks like he will get the nod from physios to be in contention for this weekend’s fixture.

That leaves the manager with a massive selection call that could define the outcome of the fixture.

A pedestrian Celtic midfield will hand the advantage to Rangers from kick-off and we need an attack-minded player in the central area to pin them into their own half and start the game aggressively.

Would you start Tom Rogic on Sunday? Share your thoughts in the comments below…