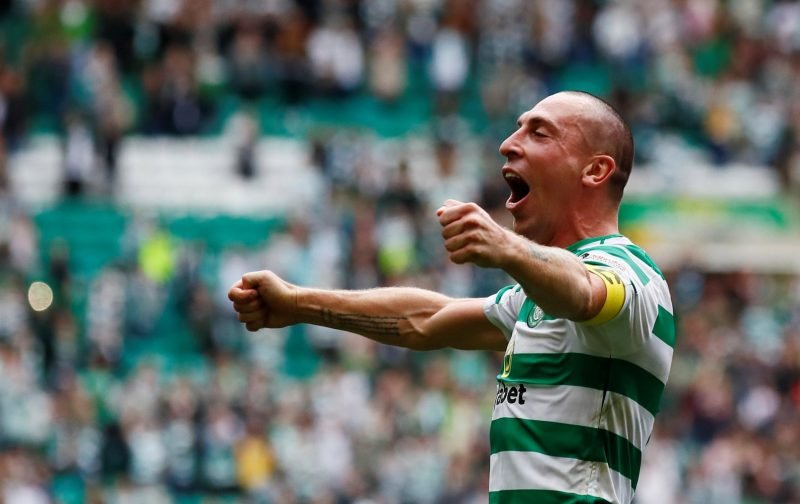 The Hoops had to dig deep to find the win but a sublime Brown cross just moments from time gave Odsonne Edouard the time and space to fire home in front of a jubilant away end at Tynecastle.

It means that we have maintained our eight point lead over Rangers at the top of the Scottish Premiership despite a dramatic week that initially threatened to derail our entire season.

Brendan Rodgers may be gone but the fight lives on under Neil Lennon and the leadership of captain Brown.

Celtic fans were quick to shower praise on the 33-year-old, whose new deal at the club appears to have been a brilliant bit of business.

He’s been so crucial since returning from injury, popping up with important goals and assists and showing that he still has the ability to help determine where the trophies end up come the end of May.

Tell you something Scott Brown has been absolutely outstanding the past few games ????

I’m in London working tonight so missed the game. But bhoy this video just sums up everything perfectly. Whit a ball from broony ! ???????? #myheartwillgoon @CelticFC https://t.co/nKnCJ0ZVbA

Broony reminding some no mark who runs the fuckin show. pic.twitter.com/UVo0ajg4lx

If Messi had played that ball Broony did for the winner, it’d be getting raved about for weeks.. Eye of the needle stuff from the main man..

What a ball from Broony, and Lenny spot on sometimes we overplay, simply need to put the right ball in. Beautiful! ????????