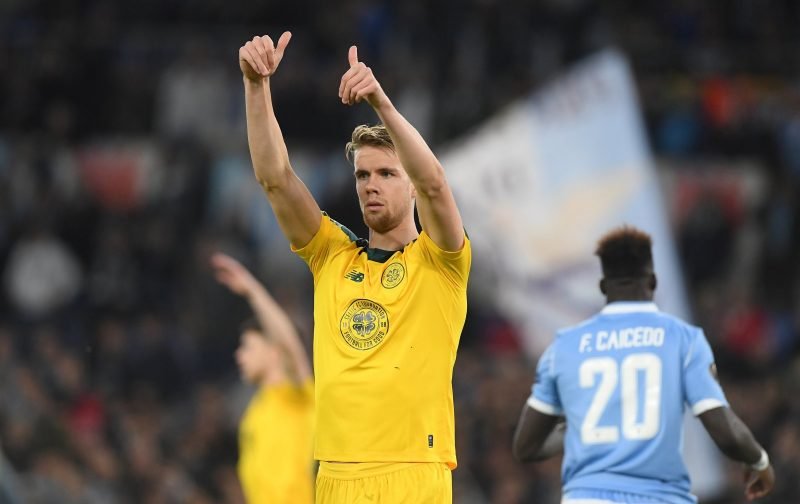 Speaking to Football Insider, Hutton criticises the defender’s agent for recent remarks in which he suggests that his client is on his way out of Celtic Park in the summer.

When asked about the latest contract fiasco, Hutton said:

“It’s a bit of a strange one, I think he’s been excellent for Celtic, he’s done really well this season.”

“Whether the agent’s quotes have been taken out of context or not, I don’t know. I just think, agents, it just gets in the way, it just causes a problem.”

“They just need to keep all that nonsense out and let the player do the talking on the pitch, which he is. You cause uncertainty in the team, with the manager, with the hierarchy. You just don’t need it.”

“It puts you off as a player, if that was me I’d be telling my agent to be quiet. It’s affecting everybody. It’s the one area with agents that I don’t like.”

Absolutely, agents should be restricted to what they can and can’t say with regards to their players and their potential movements, Ajer has a contract until 2022 so unless there is an offer from another club which has been accepted by the Celtic board, he has no right to be dictating where he will be playing his football next year.

Ajer has been the subject of speculation in both the summer and winter transfer windows but there have been no reported bids and the the player stated that he is happy at Parkhead:

“I’m really happy now, I’ve got two and a half years at Celtic and I’m happy with it.”

“I love playing for Celtic. All talk of contracts is between my agent and the club and I’m just concentrated on day-to-day work and trying to be the best footballer I can.”

As Hutton says, it won’t be the agent that gets stick off fans in the street or the crowd – if they are allowed back in – it will be the player, he is supposed to be representing Ajer’s best interests but all he has achieved is a hard time for his client.