Pundit Noel Whelan has claimed that Celtic will have the psychological advantage heading into Sunday’s Betfred Cup final with Rangers for more reasons than their domestic dominance.

Speaking to Football Insider, Whelan reckons that the mid-week results where Celtic secured a last minute win, whilst Rangers were surrendering a two goal lead against Aberdeen, could sway the tie in the Hoops’ favour.

So what did Whelan say?

For all that form goes out the window in clashes between the two Glasgow giants, Whelan feels that their last games will still be fresh in their memories:

“Rangers will give them a game, there’s no doubt about that. I just think Celtic have been in this position so many times, they’ve been in so many finals and under this pressure, they know how to handle it”.

“They’re coming off the back of a good 2-1 win, scoring in the 90th minute, that’s going to do a hell of a lot for your confidence and your attitude going into a final”.

“It’s just whether Rangers can deal with the fact they’ve dropped two points – sometimes a draw feels like a defeat”.

Celtic would already feel like they are unstoppable and Wednesday’s result will have done little to blunt that. Conceding a goal in the 90th minute to Hamilton would have led many to believe that it would be two dropped points at Parkhead but Scott Brown’s even later winner put paid to that.

Celtic have won eleven consecutive games including in the Europa League, they are in a seriously impressive run of form, made all the better when you consider Odsonne Edouard has been unavailable for the last couple of fixtures.

Rangers, on the other hand, were 2-0 up and cruising but capitulated to allow Aberdeen, not only back into the game, but to seize control and almost win it. This Celtic team has proven time and time again that they have mental strength and resilience on a different level to their rivals from across the city.

Will Celtic have too much class for Rangers? 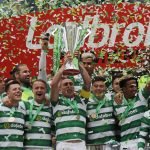 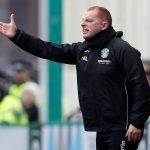 The Bhoys were already favourites going into the final but this week has shown, once again, just what makes them such serial winners and why they are a class above.