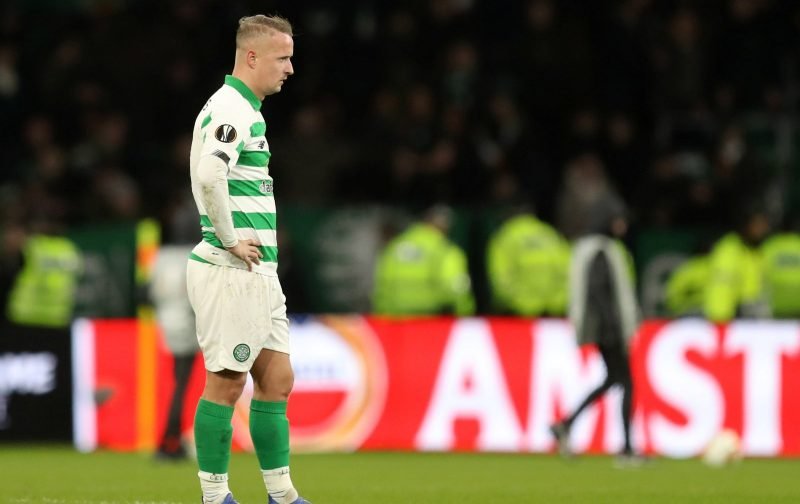 Celtic striker Leigh Griffiths is getting “back to his best” according to Sportscene pundit Steven Thompson after scoring a hat-trick against St Mirren at the weekend and continuing his sensational 2020 form.

Griffiths was a peripheral figure for much of 2019 and struggled with both fitness and form, however, since Neil Lennon’s inspired change in formation, he has become a key figure once again and has shown that there is life after Odsonne Edouard – should the Hoops decide to cash in.

With 8 goals and 3 assists since January, Griffiths has shown that he is once again Scotland’s first choice number nine and that Steve Clarke should look no further than the Celtic man for the Nations League play-offs at the end of this month.

Speaking recently about the speculation linking him with a return to the Scotland set-up and reported by BBC Sport, Griffiths said:

“It’s the pinnacle of your career, getting to represent your country, if I can help Scotland get to the Euros if would be the icing on the cake for me, but nobody has been in touch.”

“I’m just concentrating on playing for Celtic and getting my fitness up, if I’m in the Scotland squad, great. If not, I’ll get my head down and keep working hard.”

“If I wasn’t at any kind of level, I wouldn’t be playing for the [Celtic] first team. I think that shows that I’m ready to go.”

“But it’s not up to my gaffer here, it’s up to Mr Clarke if he wants to select me.”

Thompson is right about Griffiths in that he is now showing signs that he is not only fully fit for the first time in years, but that he has regained the form that he showed prior to Moussa Dembele and Edouard usurping him as Celtic’s first choice forward.

Will Leigh Griffiths lead the line for Scotland against Israel? 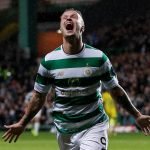 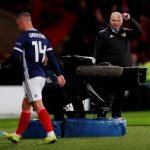 In December, when Lewis Morgan was deputising for Edouard, it looked as though Lennon would need to bring in more than one attacker and it says everything about the form of Griffiths that £3.5m signing Patryk Klimala has been restricted to cameo appearances rather than partnering the French Under-21 international.

Hoops fans will be delighted at the return to prominence of such a popular character and a goal in the Glasgow Derby would signal a triumphant declaration of intent for Celtic’s inevitable bid for 10-in-a-row.