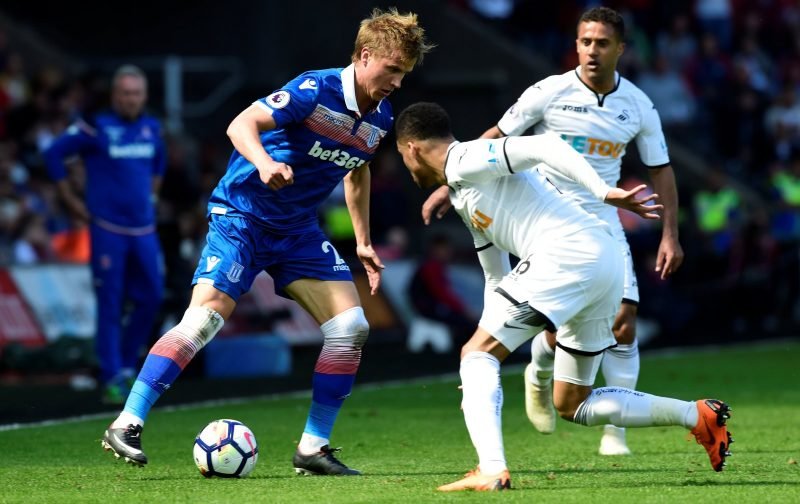 Former Scotland right-back, Alan Hutton, has given his verdict on one of Neil Lennon’s summer loan signings with it appearing that Moritz Bauer will be heading back to his parent club.

Speaking to Football Insider, Hutton is surprised that it hasn’t worked out for the Austrian international.

Looking back at Bauer’s time at Celtic, the retired Premier League full-back said:

“Bauer, obviously great experience, I played against him and thought he was quick.

“He’s got good attributes to be a good full-back and it just seems that Frimpong and people like that have come in and taken his place.

“He’s obviously fell right down the pecking order. These are things that happen at clubs, you go with the best intentions: ‘I’m going to go there on loan, I’m going to play every game, play well and I’m going to sign.’ Sometimes it just doesn’t work out.”

Celtic signed three players capable of playing at right-back in the summer, Bauer, Hatem Abd Elhamed and Jeremie Frimpong so, it was always going to take a while to establish who the first choice was.

Elhamed and Bauer appeared to be the preferred options until Frimpong’s performances in training and in the development squad’s games made it impossible for him to be ignored.

Three obviously doesn’t go into one but when Elhamed was injured, Frimpong and not Bauer was the man Lennon went with, the Dutch Under-21 international’s attacking ability giving him the edge over his more experienced team-mate.

Bauer has hardly let Celtic down, but he is now in the position of having better players in front of him and with the Hoops gaffer shifting to 3-5-2, there is also James Forrest to compete with now.

He has neither been a flop nor a roaring success, but when called up on Bauer has performed to a decent standard, just not the standard required to earn himself a move to Paradise.