Pundit reveals £7.5m test that proved Celtic signing is heading for the top 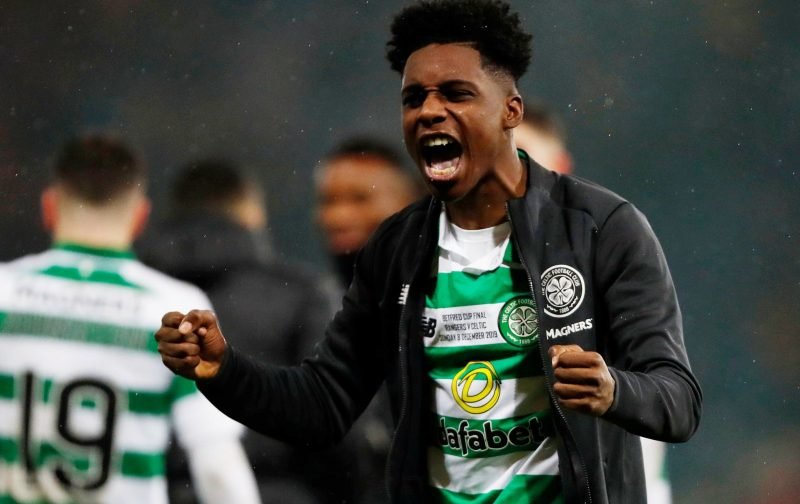 Alan Hutton has been singing Jeremie Frimpong’s praises once again after hailing the youngsters impact since arriving at Celtic.

Speaking to Football Insider, the former Rangers defender puts club allegiances to one side as he reveals the moment he knew that the Dutch Under-21 international was as good defensively as he was going forwards.

The now retired full-back turned pundit feels that the youngster has a big future ahead of him and said of his emergence this season:

“I remember the Old Firm game, the big talking point was Ryan Kent against Frimpong – everything he’d done before that was amazing going forward and attacking.

“I was thinking: ‘Here’s your first test defensively.’ He (Kent) didn’t get by him once.

“That’s a massive tick in the box. He’s answered a lot of questions, people probably said well can he defend – he looks quite slight? He’s stood up to the challenge and he’s one I’m definitely looking forward to next season.”

Absolutely, Frimpong has been a revelation since signing from Manchester City‘s academy side.

Considering he had never played senior football before, his impact has been nothing short of sensational to the extent that there is already talk of Premier League interest in the teenager.

There have been moments when he has shown a rashness in defence that is expected for his age but he can be forgiven for these whilst he continues to develop – as long as he doesn’t make the same ones twice.

Kent regularly gave Frimpong’s predecessor – Mikael Lustig – a torrid time and yet on their first encounter, it was the Celtic right-back who enjoyed the better of their battles with the £7.5m Rangers winger having his quietest Glasgow Derby since moving to Scotland.

Hutton is right, Frimpong is only going to get better and if this season is anything to go by, Scott Brown could be right in that he could one day eclipse the £25million fee Arsenal paid to lure Kieran Tierney to north London last summer.