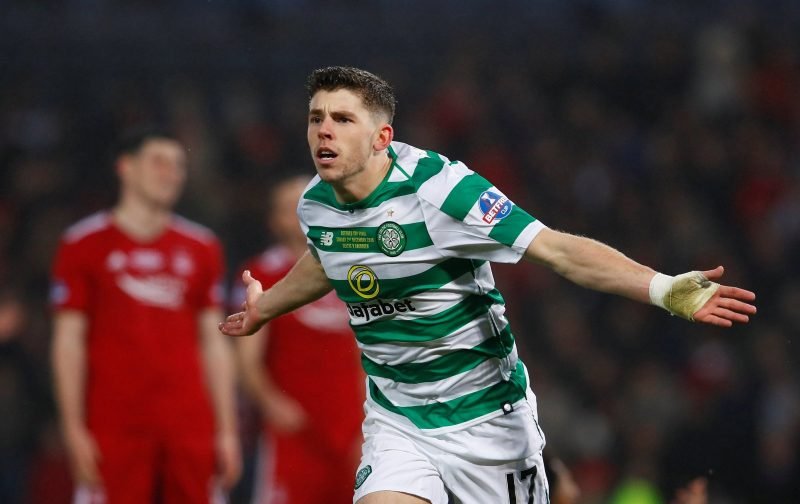 Quoted by BBC Sportsound, Michael Stewart has suggested that Ryan Christie might be worth looking at as the main striker for the Scottish national team.

Scotland once again failed to have a successful international period.

We might have beaten San Marino easily in torrential conditions but that already meant nothing thanks to the loss in Russia.

Whilst we wait to see if we can still use the Nations League to our advantage, it seems as though Stewart wants something to be done about our strikers.

Indeed, we’ve seen the likes of Oliver McBurnie and Lawrence Shankland – most recently – lead the line for the Tartan Army, and Stewart thinks Christie should be worth a look.

“We’ve got a problem position in the striker, and I think Ryan Christie could do a job up there.”

Christie has scored a lot of goals for us this season and is in good form but whether a surprise switch up top would work remains to be seen.

Personally, I’d prefer him to play in his strongest position for Scotland too.