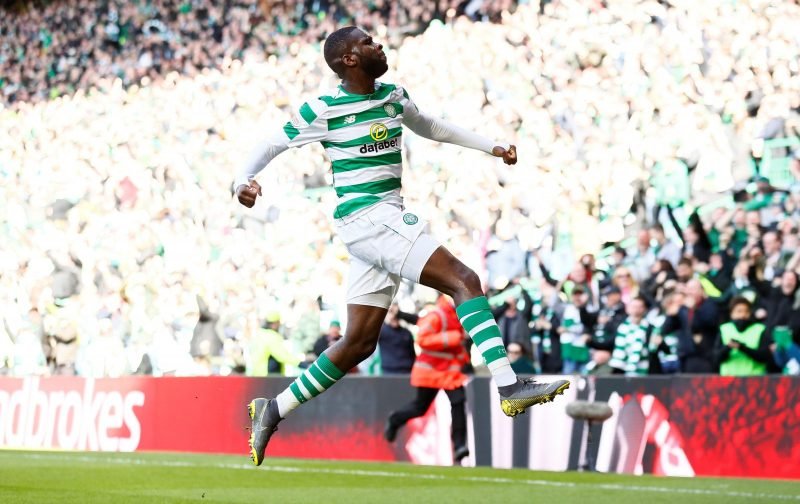 A report on Football Insider has claimed that Celtic are looking to secure Odsonne Edouard to a new contract in an effort to persuade him to extend his stay at Parkhead and fend off Premier League interest in the club’s talismanic forward.

According to the article, a source from within the club has revealed that they are working hard to tie him to a new deal before the summer transfer window opens and would be looking to reward him with a contract that is commensurate with his position as the best – and most valuable – player at the club.

Should Celtic offer Edouard a new deal to keep him at Parkhead?

Edouard has been the subject of interest for the last couple of windows without any concrete offers being made, a starting valuation of £30m has been rumoured but after the Frenchman’s form since the winter break, this may the starting point for negotiations rather than enough to see the Hoops part with their main man.

Having paid £9m to Paris Saint Germain in 2018, they will be wanting to receive a significant profit and have a similar clause inserted in any deal which could see the Celts swell their coffers by up to £7-£10m if Moussa Dembele leaves Lyon this summer.

With Neil Lennon’s men closing in on 9-in-a-row, fans of the Parkhead club will be hoping that Edouard can stick around for one more season as Celtic look for an unprecedented ten successive league titles and surpass the record of their own and bitter rivals Rangers.

Edouard still has a contract that runs until 2022 so he certainly won’t be leaving cheap if he does decided to reject the offer of a new contract and move on to pastures new, Lennon would have to find a replacement capable of matching his 25 goals and 17 assists from 41 appearances, an unenviable task if ever there was one.