Report: Celtic will be without 23-year-old for trip to Norway this week 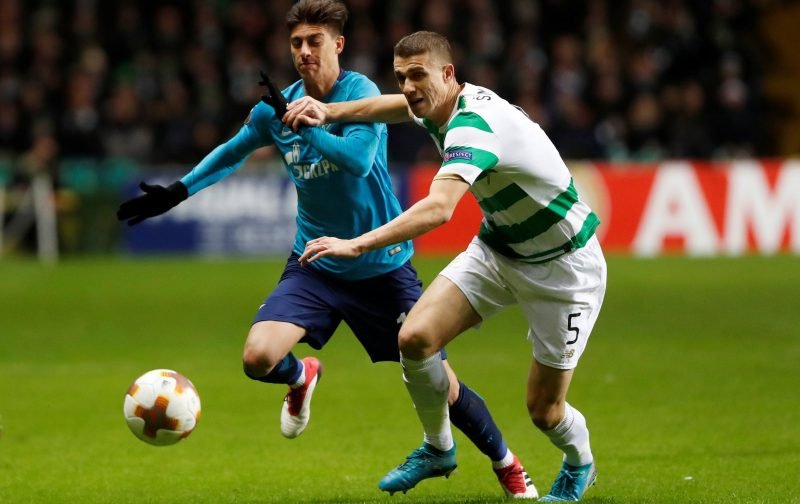 Celtic have decided against appealing against the extension of Jozo Simunovic’s UEFA ban, meaning he will not play against Rosenborg, according to The Daily Record.

The 23-year-old defender was sent off against Alashkert and initially given a one-game ban by the governing body, which was then extended by another match late last week.

The club had considered appealing that decision, freeing him to play against the Norwegian champions on Wednesday, but The Record say they have decided against it after receiving documents on Monday that explained the reasons for the ban.

The feeling is that any appeal would be unsuccessful, risking further punishment and him missing the crucial double-header against AEK Athens, should the Hoops progress.

With Mikael Lustig not expected to have the match fitness to feature in Norway, the defence is likely to now be exactly the same as last week’s match at Celtic Park, with Jack Hendry and Kristoffer Ajer in the heart of the defensive line.

Celtic take a 3-1 lead to Norway and barring disaster will be heading to Greece in the next round of qualifying.

Are you hopeful that Celtic will get the job done against Rosenborg tomorrow night? Let us know in the comments…