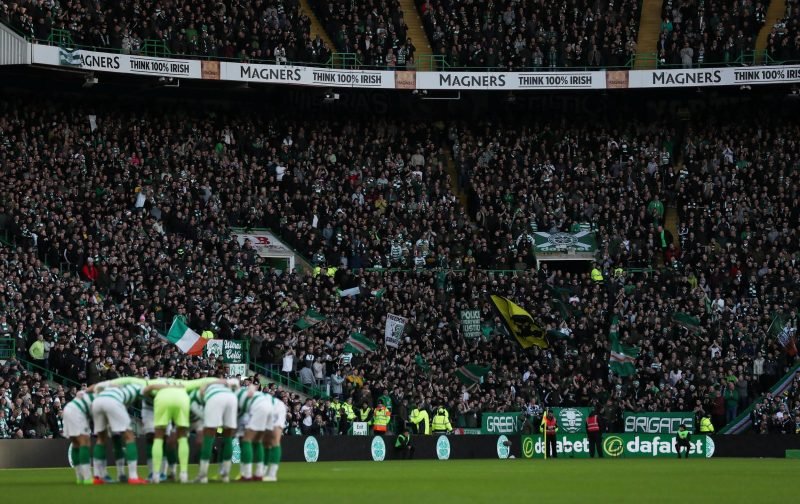 Celtic’s pursuit of Greek striker Giorgios Giakoumakis has been well documented over the last couple of days as the Parkhead club look to strengthen their forward line.

With Odsonne Edouard’s future up in the air at the moment, no one knows just yet if the French striker is set to move on or stay and help the Hoops battle for the title and the chance for automatic entry in next seasons Champions League.

The VVV-Venlo striker had a stunning season in the Dutch Eredivisie but unfortunately his 29 goals in 33 games were not enough to stop Venlo being relegated to Hollands second tier.

With the club looking to sell the Dutch League’s top goalscorer, according to HITC,  Venlo’s CEO Marko Bogers has revealed that the Glasgow club have made an approach for the Greek star, and that they are willing to sell due to the financial predicament the pandemic has caused, “Celtic and Werder Bremen have officially approached us.

“But there are more clubs now showing interest – so the game isn’t over yet. We expect even more clubs to be in touch.

“It must be a good deal for all parties. Everyone must benefit from it. Giorgos must have the right feeling about the club and we do have a price in mind that must be put on the table.

“It is clear that after relegation and a year of covid, our financial situation will not get any rosier.

“A transfer is not an absolute necessity, but it would be better for all parties if it happens.”

A stark warning to Celtic that there could be a potential bidding war for the 26 year old but with the Hoops ready to match Giakoumakis’s wage demands, it does seem that Celtic are in pole position to complete the move.