Former Celtic midfielder, Scott Allan, has revealed the reason why he was left to rot in the Hoops’ reserve team after signing a pre-contract agreement with Hibernian last January.

Speaking on the Open Goal podcast and reported by The Scottish Sun, Allan claims that it was Peter Lawwell who blocked the return due to having done “too many favours” already for the Edinburgh based club.

When asked about what went wrong in his final year at Celtic and why he missed a full season of competitive action, he said:

“Very quickly after that I knew I wasn’t going to play. It was just one of those things. I actually started going to the gym more, I became obsessed with going to the gym and doing spin classes at night.”

“I hardly missed a training session the whole of last season, but didn’t play any games. I got myself to Christmas, I thought I’d manage to get myself to Hibs in January with Lenny, but then I didn’t go.”

“Why? Peter said I couldn’t go to Hibs. They always said they had done too many favours for Hibs in the past, so that was off the table.”
“I thought the Hibs move would have happened and it didn’t so that extra four months was what I had to go through.”
The initial signing of Allan in 2015 had always seemed more about stopping Rangers from getting him than anything that he would bring to the Parkhead side, and so it proved with just 17 appearances in four years at the club.
Former Celtic skipper, Alan Stubbs, was Allan’s Manager in the Championship at the time and swore that he wouldn’t sell the player to Rangers. After a series of derisory offers from the Ibrox club, Ronny Deila swooped with Hibs being softened up by Dylan McGeouch and Liam Henderson moving to Easter Road.
Ultimately, Allan wasn’t good enough for Celtic and at 28-years-old he has found his level back at Hibs, his interview does however paint a ruthless streak of Lawwell who could have taken the easy option to get him off the payroll.

Should Allan have seen more game time or was he not good enough? 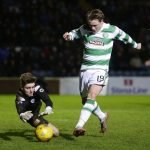 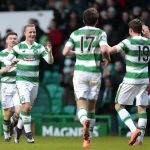 There are always two sides to a story though and the man who controls the Parkhead purse strings wouldn’t have blocked the move without good reason, maybe he was just reminding his Easter Road counter part who runs the game north of the border.